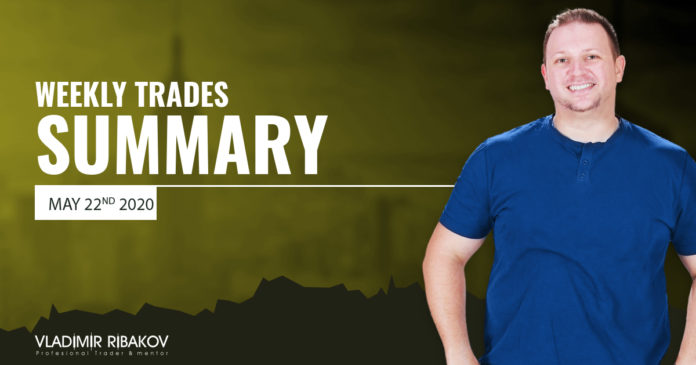 Hi Traders! Weekly Trades Summary May 22nd 2020 is here. It is now time to recap and summarize the trade setups that we had during this week. Below you will find the short explanation of all the trade setups we had in this week and how it has currently developed now.

For this time of the crisis we all go through – I decided to arrange a special unique offer for my followers and allow to enjoy the amazing educational center for totally free with the broker’s program AND get 6 months’ access to my Traders Academy Club – FREE!

Note: As you know, we always summarized the performance of the systems. But now, for the next few weeks, we are busy with migrating our technology to new servers and update the technical tools we use, so until we solve it, we can’t upload images of the systems.

Meanwhile, to keep the pace and the value for our followers, I decided to do weekly summaries of the blog posts, the trading view posts, and to show how well they worked, or not, what validates our setups and what invalidates them, and to help my followers to understand better my trading techniques and how I implement them

I hope you find it useful and helpful and would appreciate your feedback below, in the comments section.

USDSGD – In this pair, my idea was “Looking at the H4 chart we could see that the correction happened in the form of two waves and while measuring the first wave, the 100% fibonacci expansion level of this first wave at 1.42780 coincides with the 38.2% fibonacci retracement level at 1.42885 which makes this area a key resistance zone for us. The price which was moving higher reached this zone, respected it, and is currently moving lower. In addition to this based on the Parabolic Sar the dots are above the price which we may consider as evidence of bearish pressure. Also the ADX indicator gave bearish signal at the cross of -DI (red line) versus +DI (green line) and the main signal line (silver line) reads value over 25, we may consider this as another evidence of bearish pressure. So until this key resistance zone holds my view remains bearish here and a valid breakout below the most recent uptrend line would validate this bearish view”. 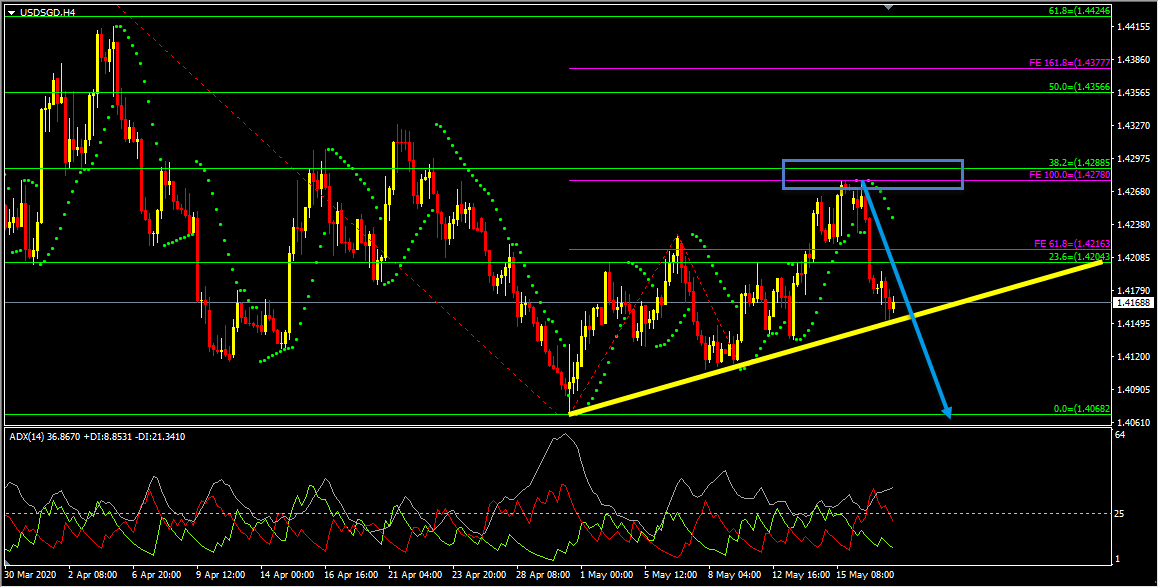 Current Scenario – The price action didn’t follow my analysis here and this idea failed. The uptrend line breakout that we were looking for happened but after that the price moved higher again. This is a warning sign for us from the market and it clearly hints us that the bearish momentum is not here. 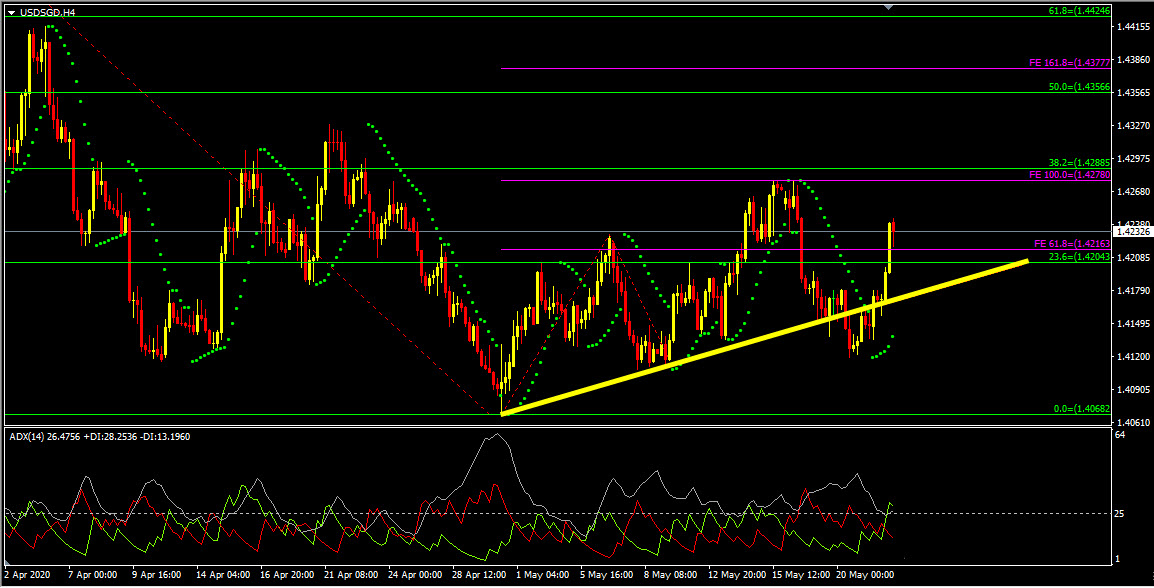 EUR50 – My idea here was “Looking at the H1 chart we could see that the H4 downtrend line breakout happened in the form of a bullish trending pattern. Currently, it looks like a correction is happening, we have a bullish hidden divergence which has formed between the first low that has formed on 14th May 2020 and the second low that has formed on 19th May 2020 which we may consider as an evidence of bullish pressure. There are two possible scenarios here, the price might move higher directly from the current zone. Or alternatively, if it moves lower then the next area to look for bullish moves with bullish evidences would be the key support zone which has formed by the 38.2% (2847) – 50%(2818) fibonacci retracement zones of the bullish trend pattern”. 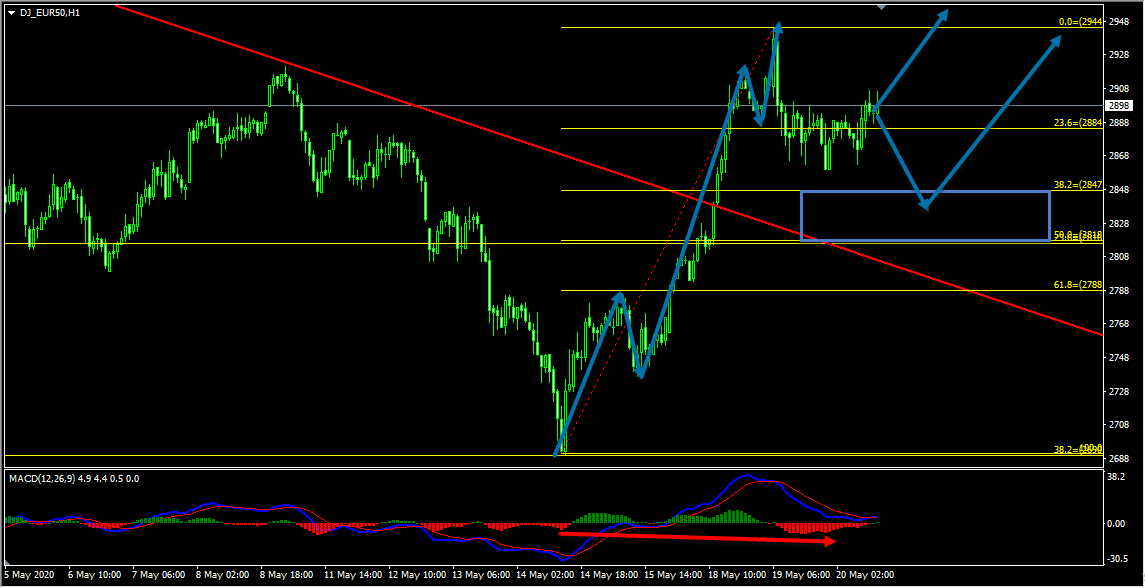 Current Scenario – The price is moving perfectly as per the alternative scenario here. The price moved lower, reached the key support zone, and is currently moving higher. Until this key support zone holds my view remains bullish here. 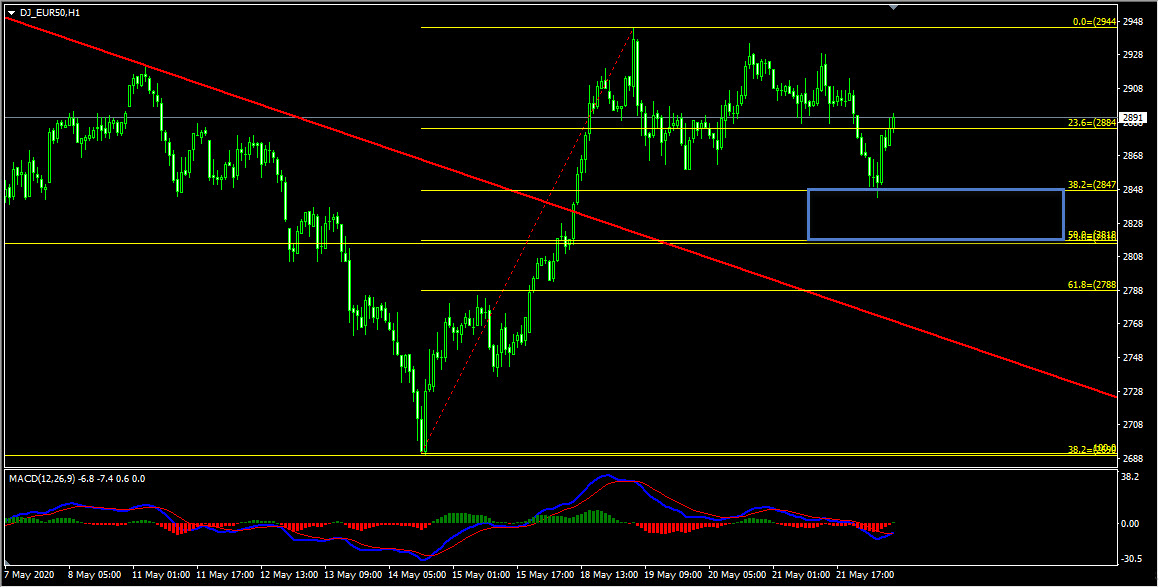 Cotton – In Cotton my idea was “Looking at the daily chart we could see that the price which is moving higher has created a continuing bearish divergence. This continuing bearish divergence is formed between the first high that has formed on 30th April 2020 and the second high that has formed on 20th April 2020 based on the histogram of the MACD indicator, which we may consider as an evidence of bearish pressure. Based on all this we may now expect short term retraces and then further continuation higher”. 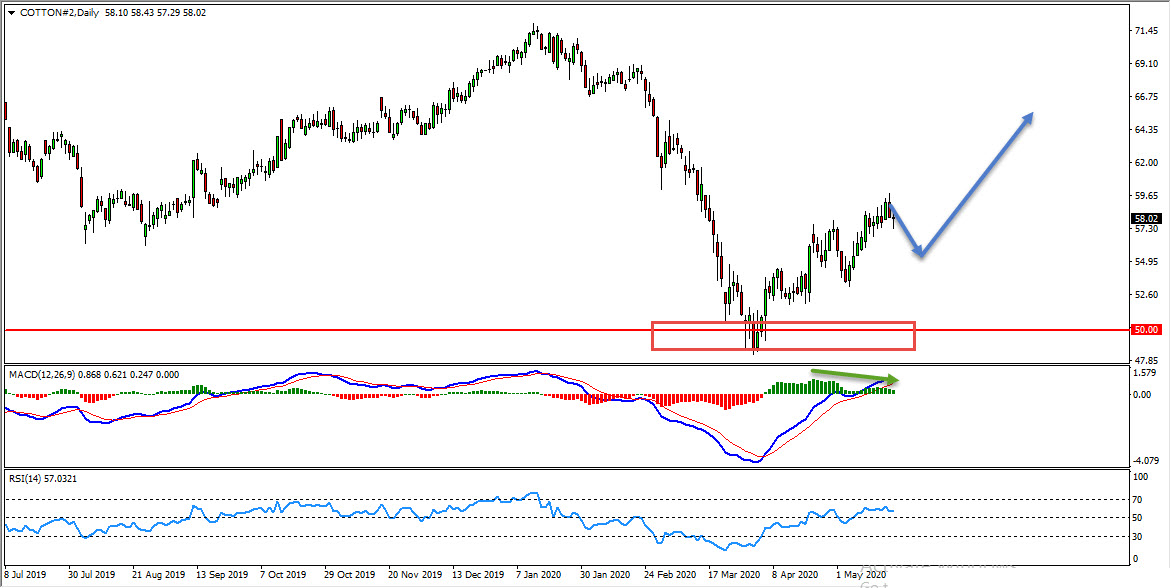 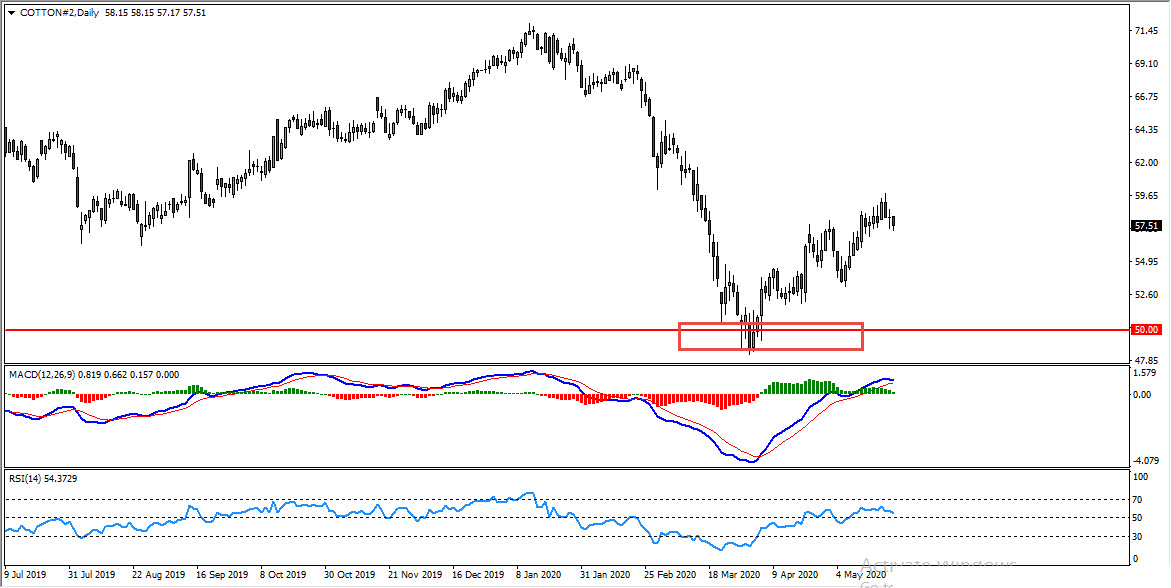 Oil – My idea in Oil was as follows:

A valid breakout below the uptrend line shown in the chart would validate this short term bearish view.

Current Scenario – The price is moving perfectly as per my analysis. The price respected the key resistance zone, moved lower, and has broken below the uptrend line as well validating the bearish view. My view still remains the same here.

USDCHF – In this pair, my idea was as follows:

H4 – Price is moving inside a range and is respecting it so far.

Price is maintaining the lower highs and is currently breaking below the low at 0.96642 level.

H1 – We had the first leg in the form of a bearish trend pattern followed by double wave correction and the breakout of the most recent uptrend line.

We may now expect further continuation lower towards the bottom of the H4 range.

Current Scenario – The price action didn’t follow my analysis here and this idea failed. After the breakout of the most recent uptrend line we were expecting the price to move lower further. But the price moved higher again creating a bullish trend pattern. This is a warning sign for us from the market and it clearly hints us that the bearish momentum is not here.

Current Scenario – The price action didn’t follow my analysis here and this idea failed as the price moved higher and is holding above the negative cloud. As traders we should always follow the facts, as long as the market follows my ideas and validates my setups I can trade and if it doesn’t switch, have a different read, and turn around when required.

(Note: You can follow me here on Trading View and also on my blog to get similar ideas on daily basis)

This is how the report looks like. A table with the hottest market opportunities, screenshot behind every pair and time frame (anything that is in blue inside the table is clickable and leads to a screenshot) + a summary in text format, kind of highlights. And of course Live Trading Room every single day. 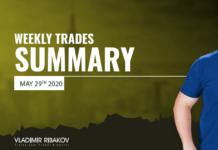