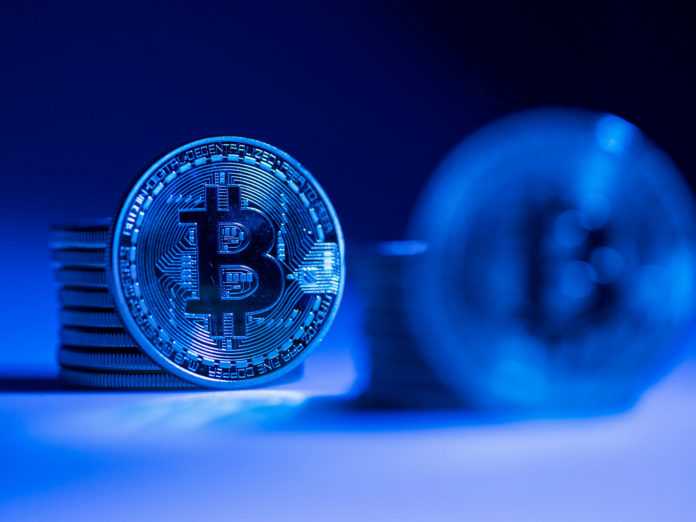 Crypto Exchange Takes On Behemoths With Physical Bitcoin Futures. The contest is heating up to gain market share in one of the most closely watched products in the world of cryptocurrencies: physically delivered Bitcoin futures.

While the owner of the New York Stock Exchange is expected to start offering such contracts shortly and Eris Exchange LLC plans to follow, the firm that says it was first to market has spun off from its previous owners and will provide the derivatives on some of the largest digital coins to Asian retail investors beginning next month.

Started last year as CoinfloorEX, then a unit of the U.K. Bitcoin exchange Coinfloor, the platform will now be called Coin Futures and Lending Exchange, or CoinFLEX. The venture is owned by a consortium including famed early crypto advocate Roger Ver and Trading Technologies International Inc., which develops trading software for brokers and money managers. Coinfloor, the U.K.’s oldest Bitcoin exchange, will also retain an equity stake.

Mark Lamb, a co-founder of Coinfloor, will be the chief executive officer of the new business based in Hong Kong. CoinFLEX, will offer futures contracts for Bitcoin, Bitcoin Cash and Ethereum that can be leveraged up to 20 times.

The exchange will likely draw comparisons with, and seek to take business from, BitMEX, one of the largest crypto trading platforms, which also has a sizable presence in Hong Kong and was co-founded by former Citigroup Inc. trader Arthur Hayes. BitMEX offers leverage of up to 100 times on some of its contracts.

Still a key distinguishing factor in CoinFLEX’s favor is that all futures traded on the exchange will be physically-delivered, Lamb said in an interview. That means when the contracts expire, owners will be given the underlying cryptocurrency instead of a cash payment. That’s an important distinction in the largely unregulated markets where Bitcoin and other digital coins currently trade as some big players say the process for settling a contract in cash could be manipulated.

“Crypto derivatives could become an order of magnitude larger than spot markets and the main thing that’s holding back that growth is the lack of physical delivery,” said Lamb. “Volumes are reduced because of a problem of trust when it comes to cash-settled trades.”Currently the daily volume of trading in the underlying crypto market is approximately equal to that in derivatives, at around $3 billion, said Lamb. In other markets, futures volumes can be 20 times larger, suggesting there is plenty of room for growth in contracts tied to digital assets, he said.

CoinFLEX will have to compete with Intercontinental Exchange Inc., the owner of the NYSE, which plans to introduce a physically delivered futures contract as part of its crypto venture called Bakkt. Chicago-based derivatives market Eris Exchange is opening a market that will also feature physically delivered contracts on some of the largest tokens.As part of its futures offering, CoinFLEX will make a big bet on Tether, one of the market’s most controversial tokens that has been dogged by speculation about whether its tokens are backed by the amount of dollars its founders have claimed. A Bloomberg News report last month that offered the clearest indication yet of Tether’s finances suggested such fears may be unfounded.

CoinFLEX’s contracts will trade against Tether, a crypto that is pegged to the dollar. That means at expiry, parties who are short will deliver Bitcoin and receive Tether, while for longs it will be the other way round. This mechanism is fundamentally different to that for cash settled contracts at rival exchanges where gains and losses are paid out either entirely in dollars or Bitcoin, as a proxy for cash, based on an index price, he said.The index level is based on a collation of prices for the underlying digital asset on a number of spot exchanges. In crypto markets, these contracts are susceptible to a form of manipulation known as “banging the close” where traders aggressively buy or sell assets on relevant exchanges during the time of a future’s expiry in order to influence the settlement price, Lamb said.CoinFLEX will also introduce a contract to trade Tether against USD Coin, a so-called stable coin supported by a consortium that includes Circle Internet Financial Ltd. and Coinbase Inc.“Tether is the most liquid, highest volume stable coin that exists right now and seeing the resolution of recent issues and attestations by banks and outside firms make us confident in using it as a stable coin,” said Lamb.

With the backing of Ver, Lamb also hopes CoinFLEX will become the largest venue for trading of Bitcoin Cash derivatives. Ver was an early advocate of the Bitcoin offshoot and together with Bitmain Technologies Ltd. led a faction of software developers in a recent high-profile tussle over how to best update the coin’s code that ended up splitting the network.Crypto trader Mike Komaransky, as well as market makers B2C2, Amber AI Group and Grapefruit Trading, are also among CoinFLEX’s backers. Alameda Research, Dragonfly Capital Partners and Global Advisors, the parent of a crypto exchange-traded notes issuer, are also in the consortium.CoinFLEX, like BitMEX, will be incorporated in the lightly-regulated archipelago Seychelles. That’s in contrast with Coinfloor, which has been asking the U.K.’s Financial Conduct Authority to regulate it and the broader industry since 2013.“In order to be a large, global exchange focused on traders, the best way to serve the market is to be offshore,” said Lamb. “Since crypto is a global audience and being regulated by one country would restrict who we can deal with elsewhere, we have chosen to be offshore in order to maximize our accessibility and the trust traders place in us.”

Wishing you all a profitable trading year ahead…

Thanks for sharing Vlad!!