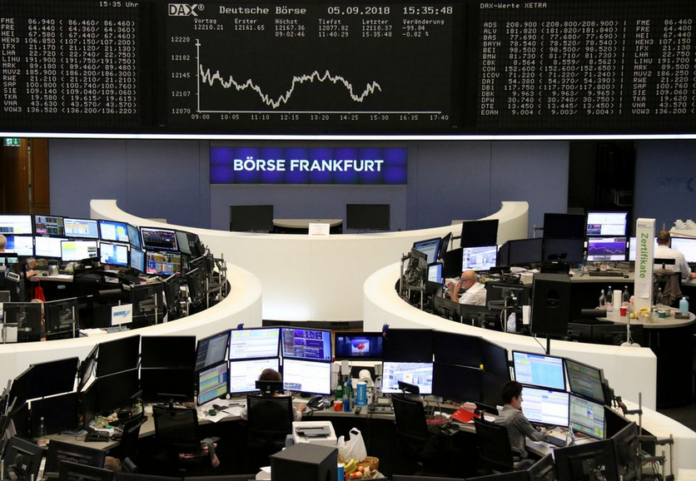 European stock indexes fell on Thursday, reversing gains from the previous session as a lack of information about the Omicron coronavirus variant left markets volatile, but Wall Street futures pointed to a slightly stronger open in the U.S. session.

Markets first dropped on fears over the Omicron variant on Friday last week, and since then have see-sawed as investors weighed up the possible impact of countries imposing new travel restrictions, amid signs that the new variant may be more contagious than previous ones.

On Wednesday, U.S. stocks started to bounce back but then fell after the first Omicron case in the United States was confirmed.

The key information investors are waiting for is whether the spread of the virus translates into higher hospitalisations, and any comments from vaccine-makers on how well their shots work against this variant.

Europe’s Stoxx 600 was down 1.5%, mostly erasing gains from its recovery in the previous session as Europe caught up with Wall Street’s latest move lower (.STOXX).

But Wall Street futures pointed to some recovery later in the session, with S&P 500 e-minis up 0.4% and Nasdaq futures down just 0.1% .

Also weighing on stock markets, and flattening the U.S. yield curve, were remarks by Federal Reserve Chair Jerome Powell, who said that he would consider a faster end to the Fed’s bond-buying programme, which could open the door to earlier interest rate hikes.

In his second day of testimony in Congress on Wednesday, Powell reiterated that the U.S. central bank needs to be ready to respond to the possibility that inflation does not recede in the second half of next year.

“In this past what we’ve seen is central banks using COVID as an excuse to remain dovish, and what we’re seeing is central banks turn hawkish despite rising concerns around COVID, so it is a bit of a shift in communication,” said Mohammed Kazmi, portfolio manager at UBP.

Long-term U.S. Treasury yields neared their lowest in a year late on Wednesday, with the U.S. 30-year yield touching its lowest since early January, as investors bet that early rate hikes would curb inflation .

Volatility in equity markets as measured by the Vix, known as Wall Street’s “fear index”, hit its highest since February on Wednesday, before easing somewhat on Thursday (.VIX).

“Liquidity in some areas of the market is still quite poor as people grapple with this news and as we head towards year-end, a lot of it is really liquidity driven, which is leading to some volatility,” said UBP’s Kazmi.

“Even in the most liquid market of the U.S. treasury market we’ve seen some fairly large moves on very little newsflow at times.” 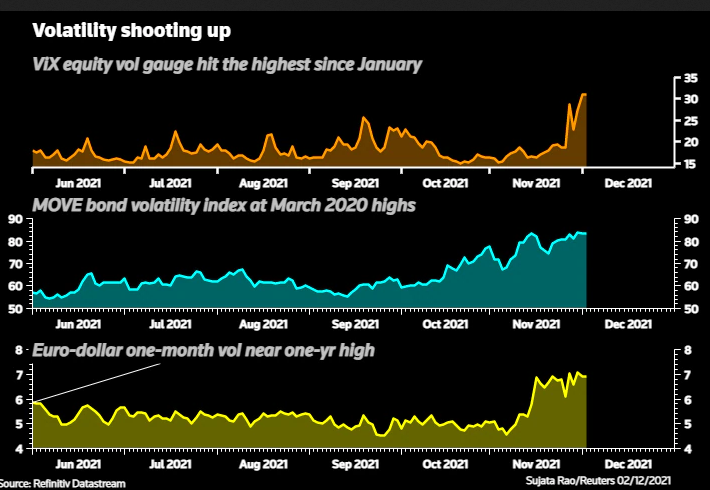