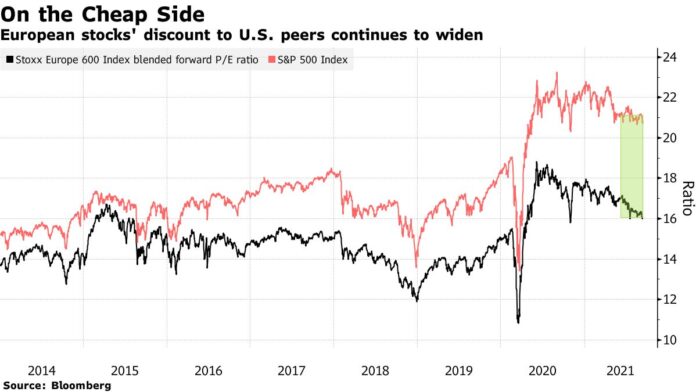 Cabot Oil & Gas and Diamondback Energy helped to push the S&P 500 into positive territory, while the tech-heavy Nasdaq 100 fell for a sixth consecutive trading session. Casino companies including Wynn Resorts and Las Vegas Sands dropped after Chinese officials said they would change regulations to tighten restrictions on operators. Treasuries fell after rallying Tuesday on a lower-than-forecast inflation report.

“As the fear of peak inflation fades away to meet weak U.S. retail sales and a slow moving credit crisis in a slowing Chinese economy, one is faced with the fact that the global economy is decelerating somewhat faster than was expected from China to the United States and potentially in Europe on a back of a well-known series of shocks,” Sebastien Galy, a senior macro strategist at Nordea Investment, wrote in a note to clients. “This narrative is now consensus and it is time to reload on equities starting with the North American market.”

Oil clung to gains after a U.S. government report showing a bigger-than-expected decline in crude stockpiles signaled a rapidly tightening market. Global benchmark Brent crude rose above $75 a barrel for the first time since early August, while U.S. crude futures surged as much as 3.6% on Wednesday.

U.S. inflation was lower than forecast in August but still elevated, leaving the debate about whether price pressures are transitory unresolved. Meanwhile, U.K. inflation surged more than expected to the strongest pace in more than nine years, prompting investors to anticipate a sharper increase in interest rates in 2022.

While Tuesday’s U.S. inflation print could be seen as reducing pressure on the Federal Reserve to start pulling back on loose monetary policy, investors remain wary of a range of obstacles. These include the impact of the delta virus variant and rising costs on economic reopening, as well as China’s drive to rein in private industries.

“It is hard to argue at this point that it remains entirely transitory,” Dana D’Auria, Envestnet Inc. co-chief investment officer, said on Bloomberg Television, referring to U.S inflation. “You couple that with that fact that there are still all these supply shocks that we are still working through. I think the markets are going to have to feel the pain.”

Going into the year-end, investors will also have to digest debate around the U.S. debt ceiling, President Joe Biden’s tax package, infrastructure spending and Fed tapering, she added.

Asian stocks dropped after reports showed China’s economy took a knock in August from stringent virus controls and tight curbs on property and as authorities told major lenders to China Evergrande Group not to expect interest payments due next week on bank loans. A debt restructuring could raise the prospect of wider social unrest and contagion in credit markets. 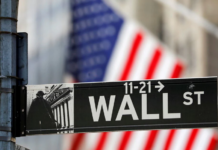 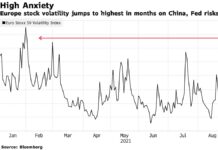