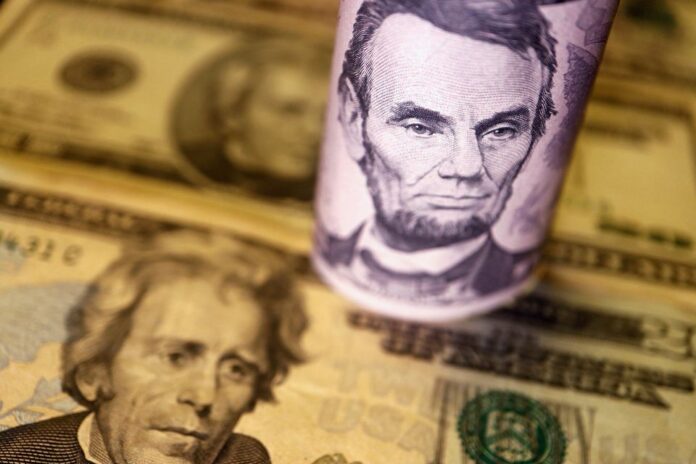 U.S. shares futures and government bonds jumped and the dollar fell on Thursday after inflation data came in cooler than expected, driving investor expectations the Federal Reserve will be able to temper its aggressive programme of rate increases.

The U.S. consumer price index rose 0.4% last month after climbing by the same margin in September, the Labor Department said on Thursday. Economists polled by Reuters had forecast the CPI would advance 0.6%.

Sky-high inflation has caused the Fed to raise rates aggressively this year, a process that has boosted the dollar and caused U.S. Treasuries and shares around the world to sell off sharply.

Hopes that the end could be in sight therefore caused these trends to reverse.

“(Federal Reserve chair) Jerome Powell and equity markets will breathe a sigh of relief that inflation is finally moving downwards and coming in below expectations. This gives the Fed room to slow the pace of their rate hikes,” said Mike Bell, global market strategist at J.P. Morgan Asset Management.

“As inflation starts to moderate, we expect the Fed to continue raising rates to around 5% but then potentially pause to assess the effect that their recent rapid monetary policy tightening is having on the economy.”

The German 10-year bond yield, the regional benchmark was last 15 basis points lower on the day at 2.03%

The CPI data overshadowed any market reaction from the U.S. mid-term elections, the outcome to which is still uncertain. Republicans are edging closer to securing a majority in the U.S. House of Representatives while control of the Senate is in the balance.

The improved sentiment in traditional markets also spilled over into the crypto world, where moves often mirror those in other assets like tech stocks that rise when investors are positive about growth.

That move came after Binance, the world’s biggest crypto exchange, said late on Wednesday it had decided not to acquire smaller rival FTX, which has grappled with a severe liquidity crunch and warned it faces bankruptcy without more capital.

Another factor for markets is that China is again grappling with a COVID-19 surge, with the southern metropolis of Guangzhou reporting thousands of cases. Chinese blue-chips (.CSI300) lost 0.7% and the Hong Kong benchmark (.HSI) fell 1.7%.

Apple Inc (AAPL.O) supplier and iPhone assembler Foxconn (2317.TW) said on Thursday it expected flattish revenue in the fourth quarter, as the company grapples with COVID curbs at a major factory in China’s Zhengzhou industrial hub.

In commodities, oil prices recovered after the data, having tumbled around 3% in the previous session on fears about demand from China and rising U.S. crude stocks. 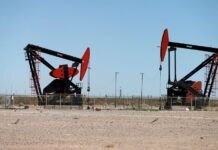 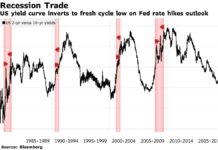 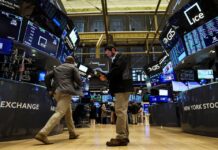