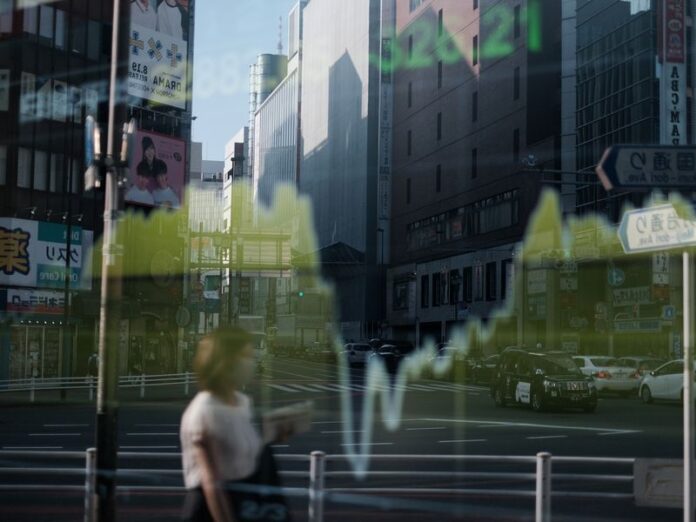 U.S. stocks traded mixed as investors evaluated the outlook for global growth and central bank stimulus to counter the pandemic.

The Dow Jones Industrial Average led losses after its components were revamped, while the S&P 500 Index was little changed Monday as it heads for a fifth straight monthly advance, the longest run in almost two years. Apple Inc. led Nasdaq gauges higher after its stock split 4-for-1, while Microsoft Corp. and Walmart Inc. fell after China said it could block a possible sale of short-video app TikTok. 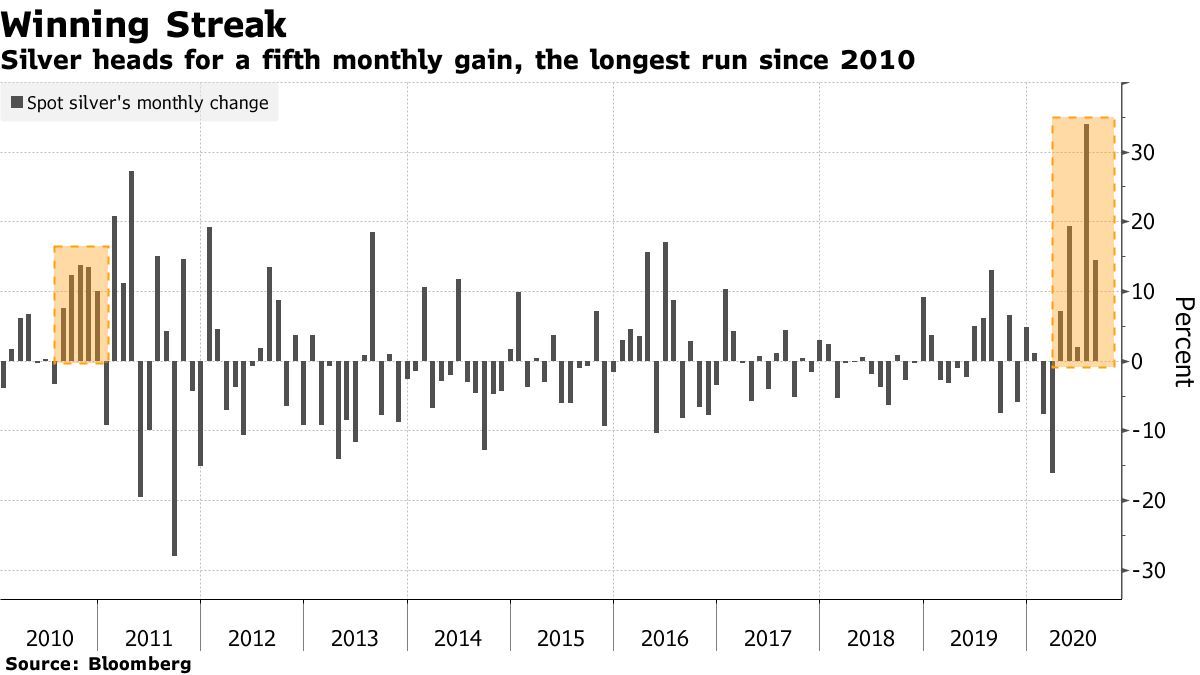 With the S&P 500 up 7% this month, investors have taken some comfort in the global economy’s reemergence from virus shutdowns and will be scouring data this week for further clues on the scale of the upswing. Still, with coronavirus infections in the U.S. ticking up again, India becoming the world’s epicenter for new cases and the worldwide total surpassing 25 million, the pandemic is far from beaten.

“While momentum has slowed in light of rising cases, in the U.S. in July and in Europe in August, the economic recovery continues to unfold,” Esty Dwek, head of global market strategy at Natixis Investment Managers Solutions, said in a note. “Central banks have already stated they would remain ultra-accommodative for a long time. Risk assets are likely to remain supported, even if the ride will probably be bumpy.”

Elsewhere, equities in Japan outperformed peers in Asia, bolstered by Berkshire Hathaway Inc.’s purchase of stakes in five major trading companies. The yen gave back some of Friday’s gain, the biggest in five months, as Japan searched for a new prime minister. Silver rose, outperforming gold.

West Texas crude oil advanced above $43 a barrel after Goldman Sachs Group Inc. raised its year-end forecast for the commodity.

Here are the main market moves: 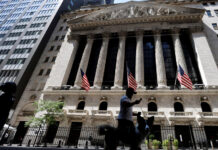 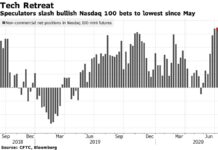 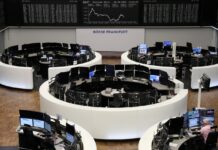