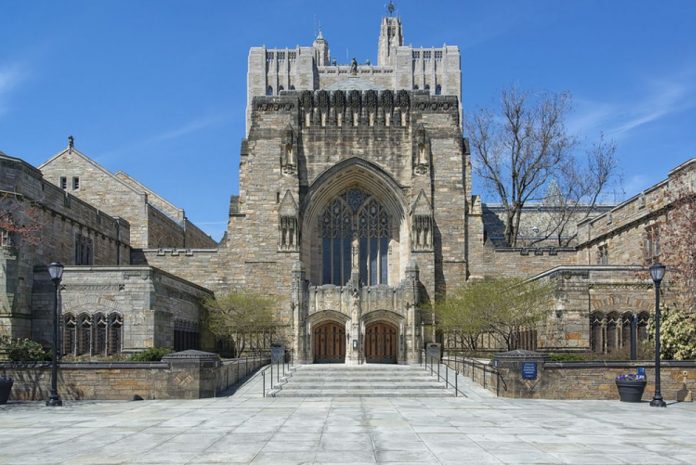 Yale University is planning a massive investment in a new cryptocurrency fund. The prominent Ivy League college is raising $400 million for the fund. The news comes from a report by Bloomberg. The move is one of the largest by a university in terms of supporting the blockchain community and in bolstering the currency field.

An anonymous source associated with either the fund or the university states that Yale is planning its work in the cryptocurrency field through a fund called Paradigm. Fred Ehrsam, the co-founder of the Coinbase exchange, is reported to be one of the main partners associated with the Paradigm fund.

Matt Huang, a former partner with Sequoia Capital, is also a part of the fund. He left the group to join in with the fund to support its creation.

The fund is expected to enter into the blockchain design field. Part of this includes investing in companies looking to work on blockchain research and functionality points. Investments in early-stage cryptocurrency projects are also expected to be a vital part of the effort that Yale is putting in.

The report comes as Coinbase continues to grow in popularity and takes in more currencies for trade. A recent report found that the current value of Coinbase is approximately $8 billion. The value makes Coinbase one of the country’s top startups based on its current value as well as one of the top exchanges of its kind anywhere in the world.

The fund marks the first major investment that Yale has put into the cryptocurrency field. Yale has invested in many other functions, including working with bonds from Puerto Rico, over the years. About 60 percent of its investment capital is listed in what is called “alternative funds,” which feature hedge funds and leverage buyouts among other points. The blockchain investment that Paradigm is planning will be the latest of those new funds for Yale to invest in.

The university has more than enough money to afford to enter the cryptocurrency field. Yale has an endowment of $30 billion; this is the second-largest such value among schools in the country as the industry continues to evolve and thrive.

Yale’s investment in the cryptocurrency field may also influence how well the value of the field evolves over time. There have been concerns about how cryptocurrencies are not worth enough money today. These include issues over how cryptocurrencies are too liquid and are not regulated well. The field has been changing in value over time with many currencies being worth more money in recent time. The chance for currencies to keep on growing as proven to be very strong and a worthwhile endeavor for many in the field.