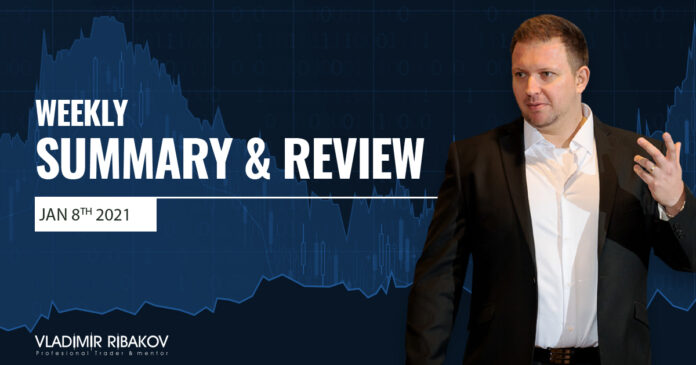 Hi Traders! Weekly Trades Summary January 8th, 2021 is here. It is now time to recap and summarize the trade setups that we had during this week. Below you will find the short explanation of all the trade setups we had in this week and how it has currently developed now.

EURUSD – My idea here was “Looking at the daily chart we could see that the price has created two false breaks (marked in yellow dotted lines) which we may consider as evidence of bearish pressure. In addition to this, we have a bearish divergence that has formed between the first high that has formed on 17th December 2020 and the second high that has formed on 30th December 2020 based on the MACD indicator. Also, we could see this bearish divergence on both the RSI indicator and CCI indicator as well, which we may consider as other evidences of bearish pressure. There is also a good possibility that the price might still create new highs and test the 1.2350 level. Until the strong resistance zone shown in the screenshot below holds my view remains bearish here”. 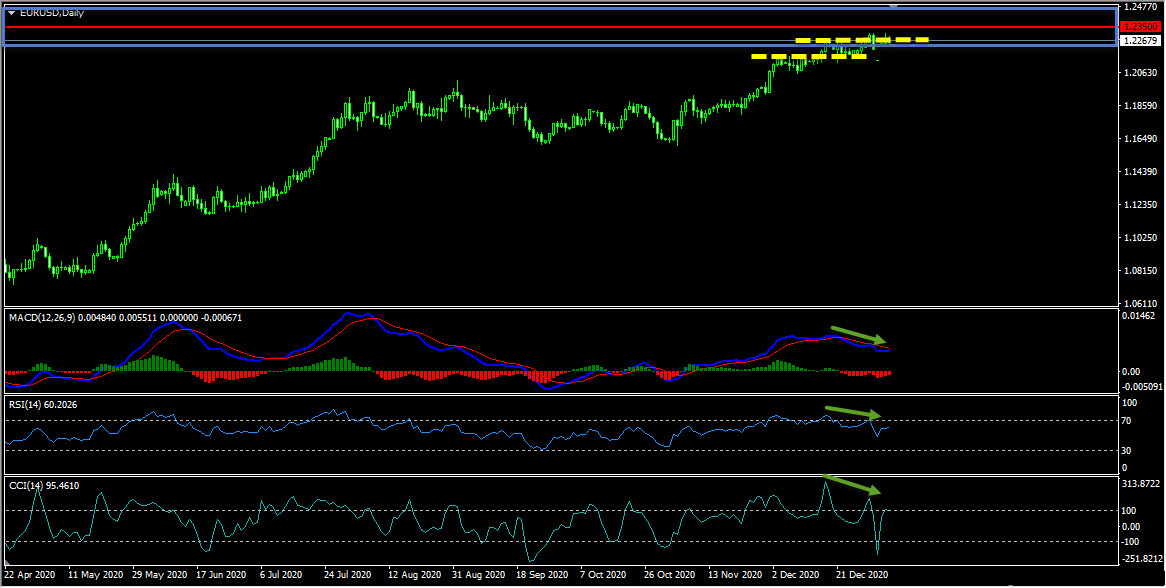 Current Scenario – Based on the above-mentioned analysis, I said that “until the strong resistance zone shown in the screenshot below holds my view remains bearish here”. Currently, the bearish pressure starts to develop as planned (you can see this clearly on the H1 chart below) and my bearish view still remains the same here. 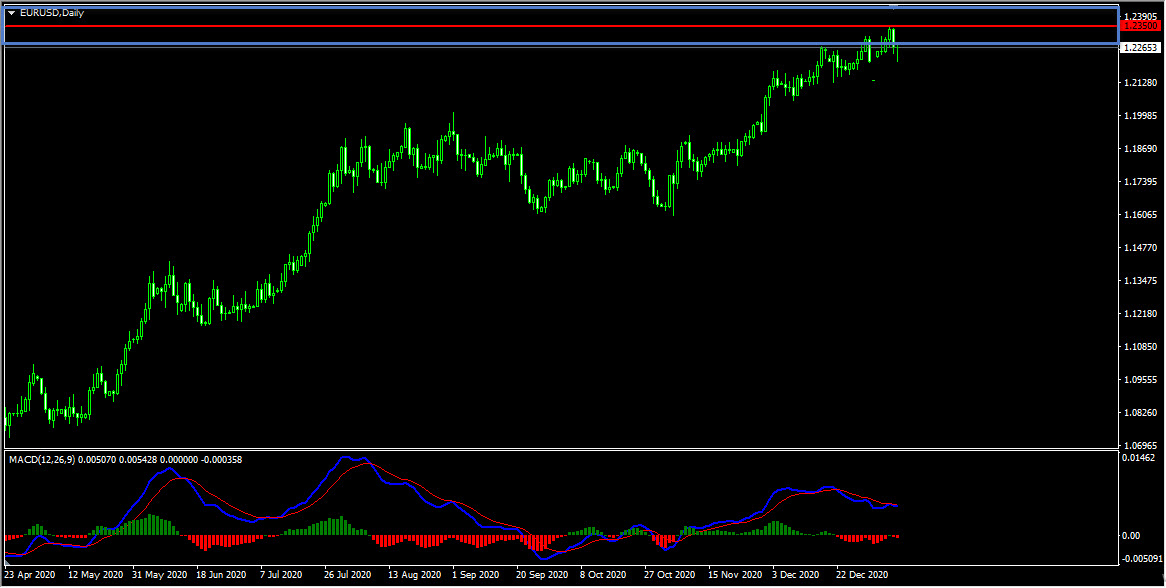 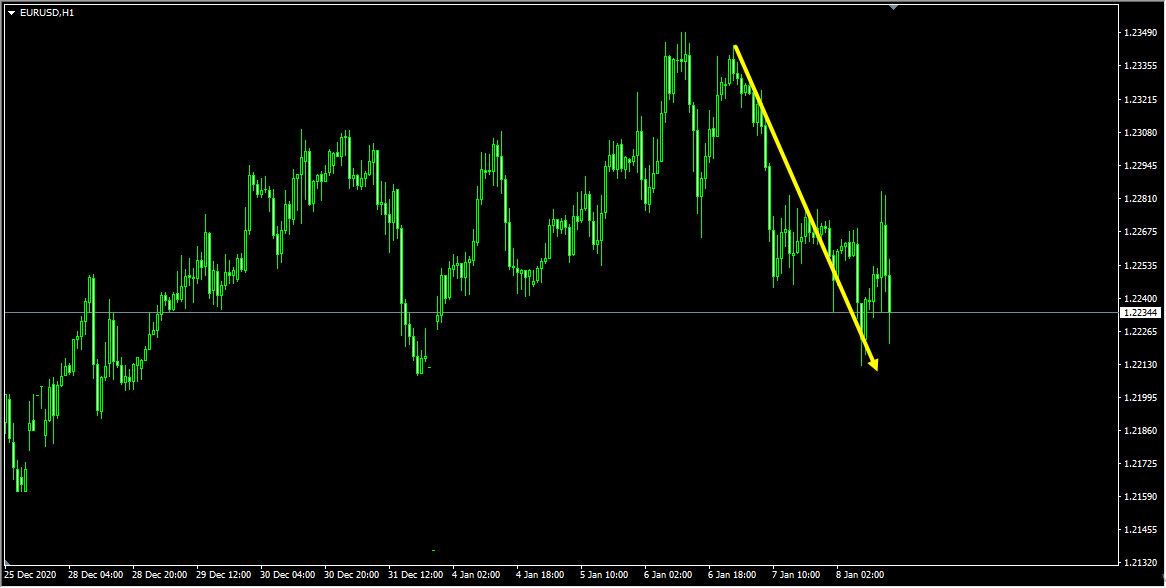 USDJPY – My idea here was “On the H1 chart, we could see that the price has created a bullish divergence between the first low that has formed at 102.957 and the second low at 102.601 based on the moving averages of the MACD indicator, we may consider this as evidence of bullish pressure. In addition to this, based on the Parabolic Sar we could see that the dots are below the price which we may consider as another evidence of bullish pressure. We also have a good downtrend line that has formed, if the price breaks and holds above this dynamic resistance we may then consider it as a validation for the bullish view and may expect the price to continue higher further”. 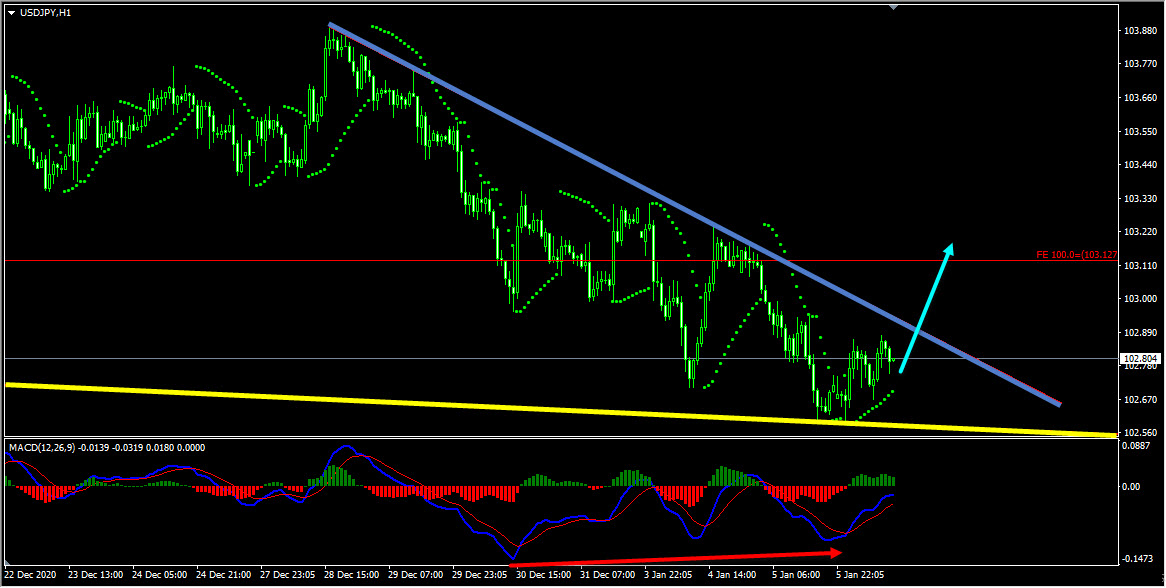 Current Scenario – On the H1 chart, the validation for the bullish view which is a valid breakout above the downtrend line happened as expected. The price then moved higher further and has delivered 110+ pips move so far.

Note: You can find a detailed explanation regarding this here: USDJPY Forecast Follow Up And Update 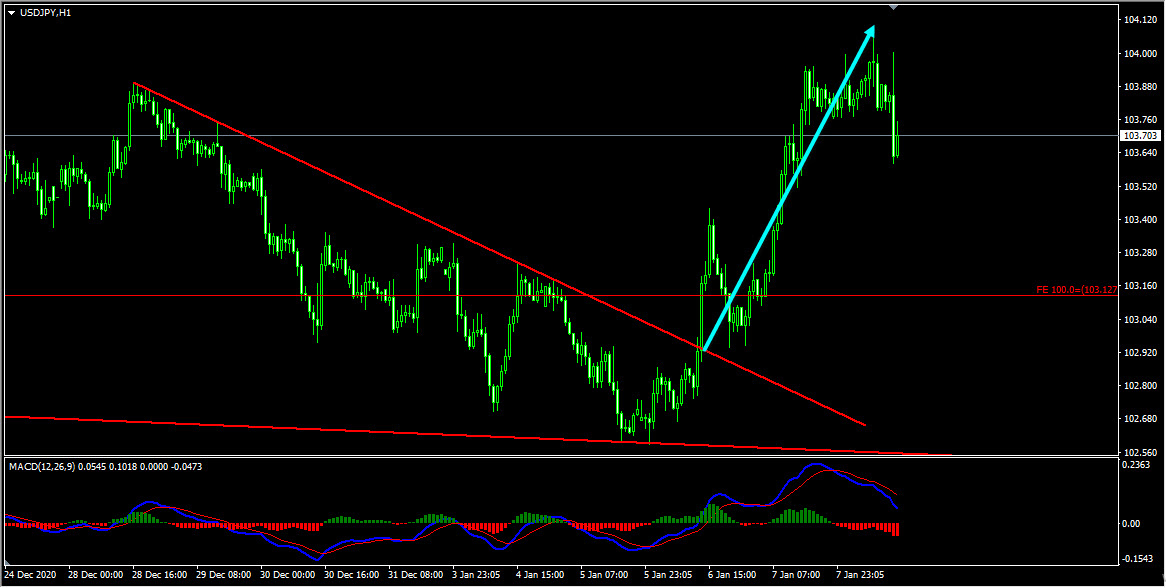 GBPNZD – My idea here was “The ADX indicator gave a bearish signal here as well on the H4 chart at the cross of -DI (red line) versus +DI (green line), and the main signal line (silver line) reads value over 25, we may consider this as evidence of bearish pressure. Also, we have a strong support zone that has formed and the price which is moving lower has currently broken below this zone and is holding below it. Currently, this strong support zone is acting as a strong resistance zone for us. We also have the 200 moving averages coinciding in this same area, which makes this area a very strong resistance zone for us. Until this strong resistance zone holds my view remains bearish here and I expect the price to continue lower further”. 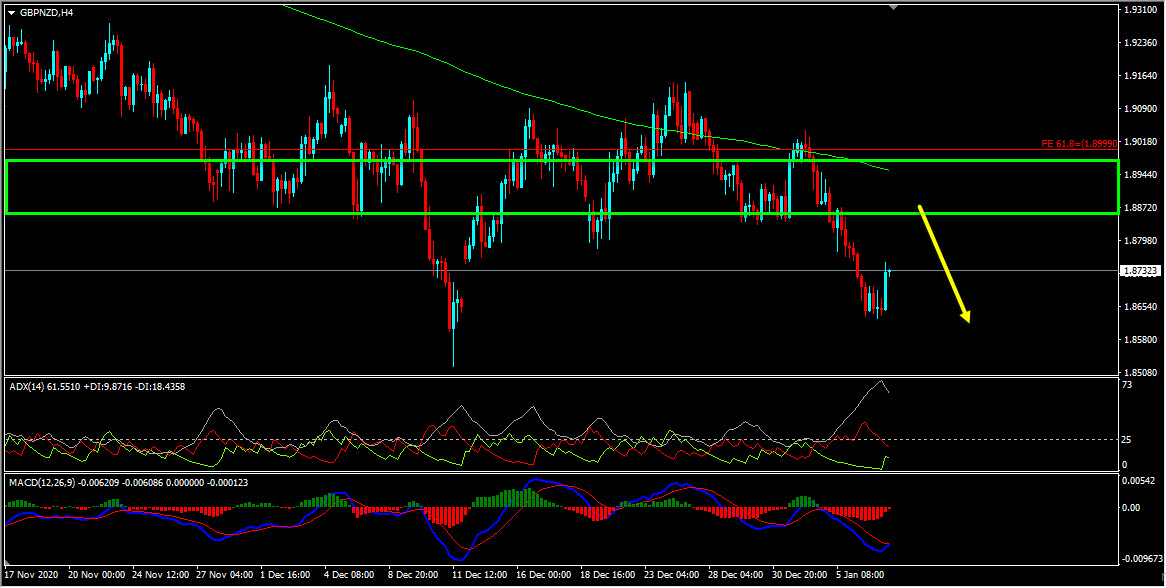 Current Scenario – My plan didn’t change here, that is until the strong resistance zone holds my view remains bearish and I expect the price to continue lower further. 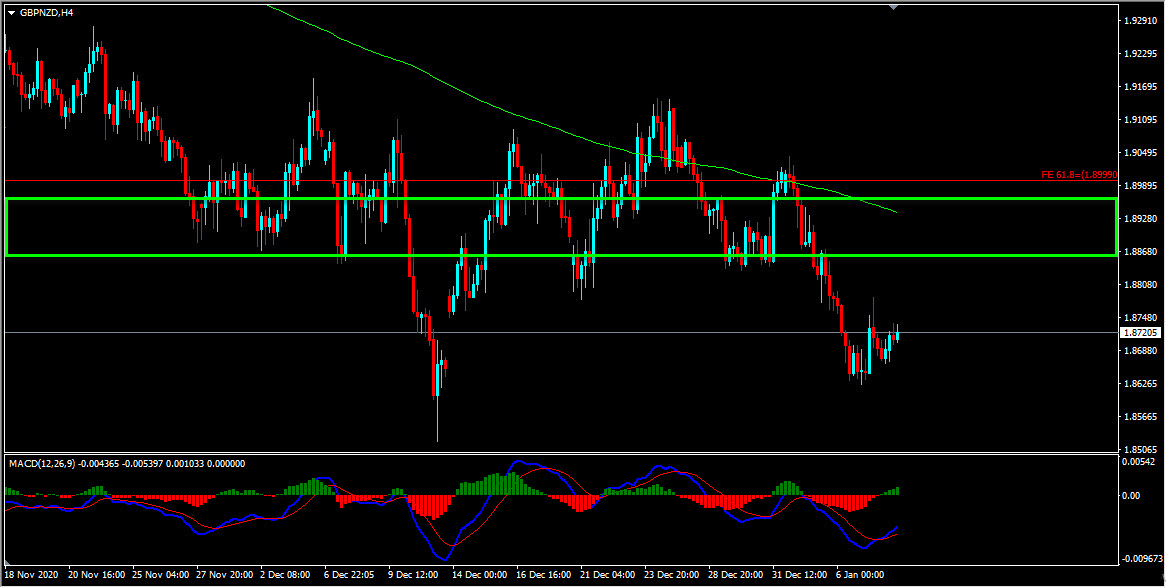 CADJPY – My idea here was as follows:

Current Scenario – On the H4 chart, the price doesn’t follow our expectation, if it won’t retrace, then we cut the loss.

GBPCAD – My idea here was as follows:

Current Scenario – My bullish view didn’t change here. Until both the key support zones shown in the screenshot below holds, I expect the price to continue higher further.

Gold – My idea here was as follows:

Current Scenario – Price has currently reached the strong supportive area, now let’s see if the market can provide an interesting setup for buys or not. 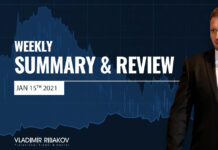 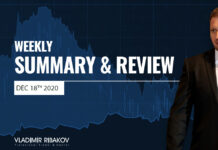 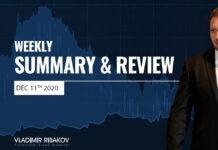