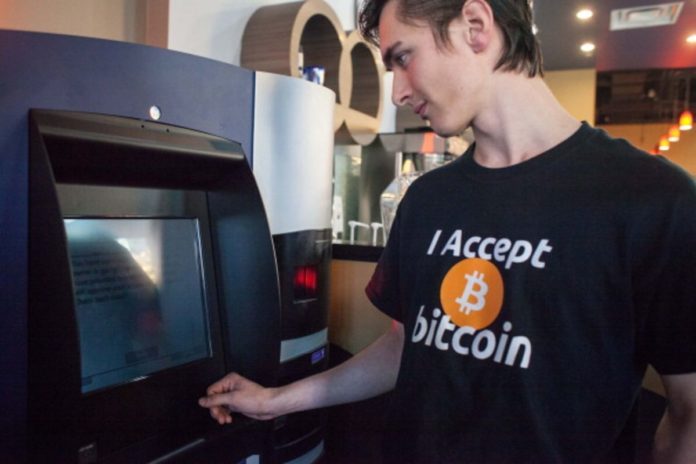 It was one year ago this week that Bitcoin reached an intraday peak of almost $20,000. Since then, it’s been all downhill. The market value of all cryptocurrency assets have fallen to about $100 billion from about $800 billion at the start of the year. That looks bad, but if you look at the market’s fundamentals, 2018 gets a B+ grade.

To put the price decline in perspective, the chart below shows Bitcoin prices in 2017 and 2018 in blue, and superimposes prices from Bitcoin’s 2011 and 2013 peaks, all scaled to the same peak price and time. Bitcoin’s 2017 price rise was smaller and steadier than earlier run-ups. The decline fell between the rapid 2011 event and the slower 2013 one.

What happened afterward? In the 2011 event, Bitcoin bottomed within a year and was on its way up in less than two years. The 2013 event didn’t turn around for almost two years, and took four years to set a new peak.

Or, compare the 2018 crypto crash to the Dow Jones US Financials Index in 2007. The charts look similar from one year before peak to one year after, but if crypto follows the same path, it could take more than three years to recover.

The 2000 boom-and-bust of the Nasdaq Composite Index was slower and took 15 years to recover. Cryptocurrencies might stay low for a very long time, or go to zero and stay there forever, but recoveries from crashes are common.

People tend to overlook what happens after a crash. The South Sea bubble in 1720 London saw shares go from 100 pounds sterling to 1,000 and back, and yet the company thrived for 133 years afterwards. Tulipmania in 1637 Holland saw prices of the most expensive bulbs fall 20 percent in a week,  but they soon recovered and flower growing has been the most consistently profitable agricultural business in Europe ever since. In other famous bubbles such as John Law’s Mississippi scheme, the 1925 Florida land boom, precious metals in the 1970s, biotech stocks in the 1980s, internet stocks in the 1990s, and real estate in the 2000s, investors who got in near the peaks lost lots of money, but the underlying assets eventually surpassed peak bubble prices.

In the cryptocurrency business, 2018 saw verified individual users double from 17 million to 35 million, almost exactly matching the numbers of internet users in 1995 and 1996. People working in crypto increased even faster, or 2.6 times. Most prominent crypto projects are running near or ahead of schedule. While there have been some setbacks, successes in stablecoins, decentralized exchanges and second-layer networks have exceeded expectations.  A number of key technical problems have been solved and the regulatory picture has clarified considerably, although large uncertainty remains. Operational plumbing — including storage, custody and integration with traditional financial markets — has advanced significantly.

The crypto businesses that have disappeared fall into three categories. First, a lot of money was given to fraudsters and delusional optimists at the height of the boom for businesses that never really existed. Second, a number of sound technical ideas guessed wrong about the regulatory or technical winds. Those shut down gracefully and returned money to their investors. The third group consisted of businesses that raised enough cash to get to launch stage, but invested that cash in crypto (sometimes day trading it) and ran out of funds as a result.

There is bad news as well. Hacking (really, mostly employee fraud or extreme negligence) remains a serious issue. Only around 40 percent of verified individual users actually use crypto for its intended purposes; most are either long-term investment holders or short-term traders. Much of the activity and profit in crypto-related assets involves trading and investment. Applications remain niche and often user-unfriendly, with the exception of cross-border payments and currency services for dysfunctional economies.

I’m personally confident that crypto as a technical solution is here to stay and that the economic sector developing and supporting it will thrive. That does not mean that any existing crypto asset will have value in the future, nor that crypto as an asset class will offer superior risk/return ratios to other potential investments. We might see the economic benefits flow to big technology companies, or startups, or developers, or users rather than to buyers of crypto assets. But whatever happens, the real code base and real users is a better guide than the price gyrations, and that 2018 will go down in crypto history as a moderately positive year.

1. Fractional interests in ordinary bulbs fell 95 percent in price and were extinguished by law, so they never recovered.

2. They were usually owned by other people by that time so bubble investors – especially levered bubble investors – often lost out. Opportunists often seized assets under various pretexts. There are examples of bubbles that burst all the way to zero, with the underlying assets becoming worthless, but those are harder to find than you might think, and they’re not ordinarily described as bubbles. They usually involve individual companies or ventures, not entire sectors, and are thought of as either frauds or honest failures rather than manias that caused bubbles and crashes.

3. Crypto statistics are from 2nd Global Cryptoasset Benchmarking Study put out by the University of Cambridge business school.

4. Stablecoins are cryptocurrencies designed to maintain a fixed value with respect to some reference asset; decentralized exchanges provide services to crypto users without a trusted central intermediary;and second-layer projects use blockchains or other crypto solutions to get immutable, trustless, open validation in the long term, but use faster and cheaper techniques to process transactions in the short term.

Thank you Vlad on this crypto news, you are doing a great job