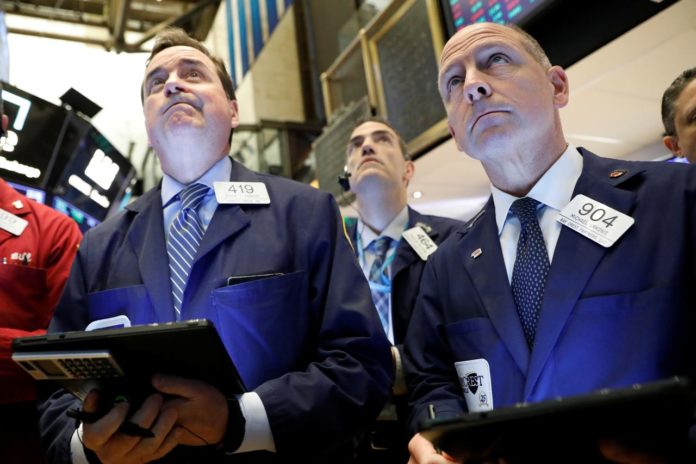 Technology stocks propelled the benchmark S&P 500 index to an all-time high, while the Nasdaq hovered below its record level, as a possible U.S.-China trade deal and rising bets on a third rate cut by the Federal Reserve fueled optimism.

Shares of Microsoft Corp (MSFT.O) gained 2% and were among the biggest boost to all three major indexes after the technology giant won the Pentagon’s $10 billion cloud computing contract, beating Amazon.com Inc (AMZN.O).

President Donald Trump said on Monday he expected to sign a significant part of the trade deal with China ahead of schedule but did not elaborate on the timing.

That added to Friday’s optimism when Washington said it was “close to finalizing” some parts of a trade agreement with China.

“Most of the things that have been worrying markets haven’t necessarily been resolved but the concern about them has waned a little bit,” said Randy Frederick, vice president of trading and derivatives for Charles Schwab in Austin.

“In general, it is more of a lack of bad news than it is an abundance of good news.”

The news comes as a relief to investors who have been reeling from the impact of the trade war and its fallout on the domestic economy.

Adding to the upbeat mood, the Fed is expected to widely cut interest rates at its two-day policy meeting, which ends on Wednesday.

The odds for a quarter percentage point cut in U.S. borrowing costs have jumped to 95% from 49% last month, according to CME Group’s FedWatch tool.

The third-quarter earnings season has managed to ease some concerns related to the impact of the trade tensions on Corporate America, with over 78% of the 204 S&P 500 companies that have reported so far surpassing profit expectations, according to Refinitiv data.

“We’re likely to hold at a high today and may just float around sideways for a while,” Frederick added.

Among other stocks, AT&T Inc (T.N) rose about 4% after the U.S. wireless carrier said it would add two new board members and consider selling off up to $10 billion worth of non-core businesses next year.

Tiffany & Co (TIF.N) surged about 31% after Louis Vuitton owner LVMH (LVMH.PA) made a $120 per share offer to buy the U.S. luxury jeweler.

The S&P index recorded 39 new 52-week highs and no new lows, while the Nasdaq recorded 104 new highs and 30 new lows. 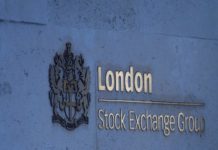 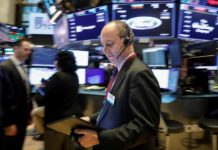 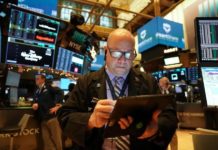 Wonderful blog I ever come acrossed…Keep UP

Thank you Vlad for sharing it here