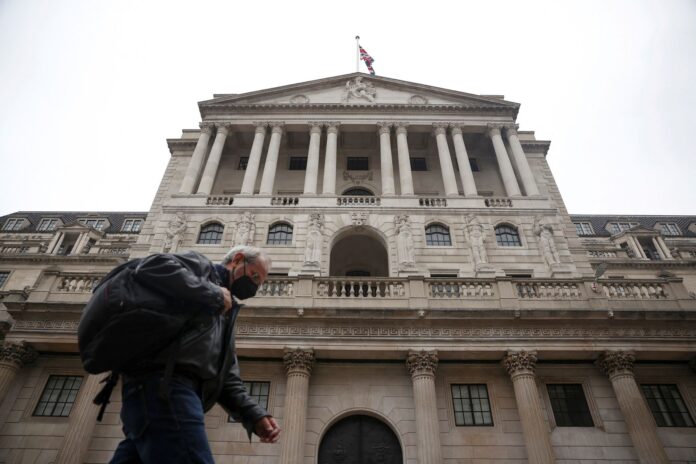 Stocks was set to trim some of the strong gains made in Asia on Thursday, after China had signalled more support for its spluttering economy and both the Fed and Bank of England pressed on with interest rate hike plans.

Traders remained gripped by the war in Ukraine but, but with hopes of possible a peace deal faint but alive, the focus was back on big macro questions such as surging inflation rates, COVID and growth.

Wall Street futures were fractionally lower after a more than 2% jump the previous day when the Federal Reserve had raised U.S. interest rates – one of the key drivers of global borrowing costs – for the first time in more than three years.

Sanctions-ravaged Russia still had not managed to get a crucial payment to its bond holders, meaning a historic default may be looming, and its ongoing shelling of Ukraine kept commodity markets gyrating wildly.

Oil prices sprang back over the symbolic $100 level again. The Kremlin had lashed out after U.S. President Joe Biden had labelled Russian President Vladimir Putin a war criminal on Wednesday, but Moscow also said it was putting “colossal energy” into Ukraine peace talks.

“The reaction both this morning and overnight validates that the markets think the Fed is in line, or ahead of the curve, and doing the right thing,” by hiking interest rates, Robert Alster, Chief Investment Officer of Close Brothers Asset Management, said.

He added it was also the “right thing” for the Bank of England to raise its rates for a third meeting running, back to its pre-pandemic level of 0.75%.

The move came alongside a revised prediction that UK inflation will peak at around 8% – almost four times its 2% target – after previous forecasts were overtaken by seismic shifts in energy markets following Russia’s invasion of Ukraine.

“The crunch point is that we are all expecting inflation to start coming down after Easter,” Alster added. “But if that doesn’t happen then we all probably need to have a reset.”

Metals markets faced more drama too as the benchmark nickel price on the London Metal Exchange’s (LME) slumped by its daily-allowed limit for the second day in a row. Traders warned that the drop was unlikely to stop until prices reached parity with those for the metal in China.

Bond markets meanwhile were beginning to settle again after the Fed’s hike had seen Treasury yields spike to nearly three-year highs. The Fed had signalled that it also planned to hike again at every meeting for the remainder of this year to aggressively curb inflation.

Ten-year Treasuries were last at 2.12% while Germany’s benchmark 10-year Bund yield slipped back 2 basis points to 0.382% having started the day edging higher.

Global growth worries were clearly niggling though. Despite the BoE hike and higher inflation forecast, the fact one BoE rate setter had wanted to keep rates on hold amid the current uncertainty saw the pound dip to a day’s low of $1.3096 .

“The decision of MPC member Cunliffe to vote for no change to policy however, adds a more significant dovish twist to this decision,” James Athey at fund manager abrdn said.

“The reality is that inflation is headed towards 10% and the Bank has a mandate to deal with that. To be backing away from this duty with interest rates still below 1% feels irresponsible.” 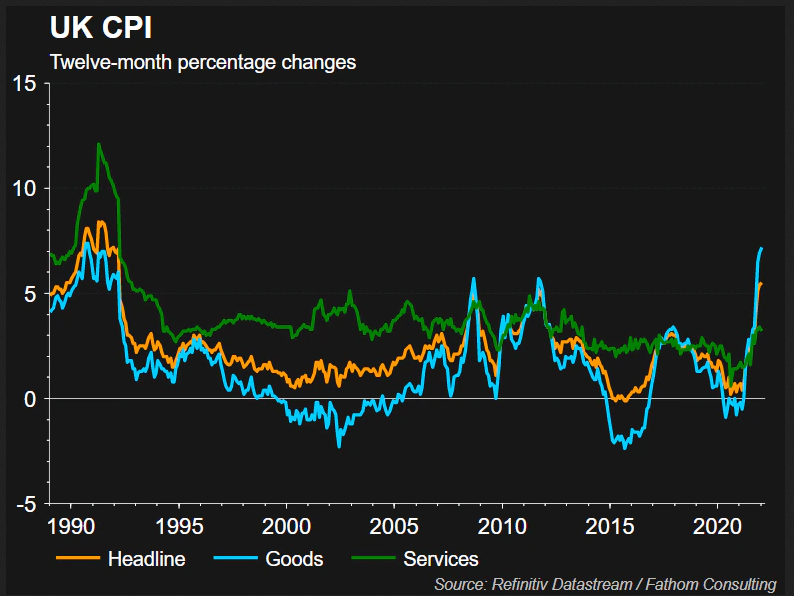 Wall Street was set to open buoyed by another fall in the number of Americans filing for unemployment benefits, proof that the jobs market remains strong in the world’s largest economy. L2N2VJ3BK

The dollar, though, remained on the back foot in the FX markets. The dollar index , which tracks it against six other major currencies, was slightly weaker at 98.365 after also dropping 0.5% on Wednesday. /FRX

Where the dollar showed some strength was against Japan’s currency, standing at 118.80 yen , not too far from the more than six year high of 119.13 reached overnight amid a widening monetary policy gap.

The Bank of Japan is widely seen keeping its vast stimulus programme in place on Friday as the economy there continues to sputter.

Meanwhile, concerns about a sharp slowdown in China, which is battling a spreading COVID-19 outbreak with ultra-restrictive measures, were assuaged after its Vice Premier Liu He on Wednesday has signalled more stimulus was on the way.

Investment bank JPMorgan was the latest to cut its China growth forecast to under 5% for the year, although for markets that was just more fuel for the stimulus supporters.

Hong Kong’s Hang Seng index had surged more than 5% overnight, adding to a 9% leap on Wednesday. Beaten down sectors including tech and real estate soared, with Country Garden Services Holdings (6098.HK) and Country Garden Holdings (2007.HK) climbing about 28% and 26%, respectively.