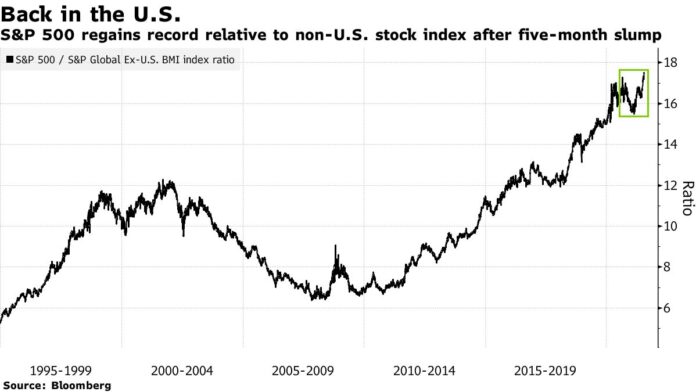 After approaching its all-time high, the S&P 500 struggled to find direction. In the latest sign of concern over demand, Texas Instruments Inc., one of the largest makers of chips, warned that revenue for the third quarter could fall short of some analysts’ estimates. American Airlines Group Inc. and Southwest Airlines Co. slipped after cautious outlooks, while D.R. Horton Inc. sank on an unexpected plunge in new home orders. AT&T Inc. rallied after beating Wall Street profit estimates amid surging subscriber growth.

“There’s going to be some choppiness in the market in the second half of the year, but we think it’s going to trend higher,” said Victoria Fernandez, chief market strategist at Crossmark Global Investments. “We have so much liquidity in the market right now, you have companies with a tremendous amount of cash on their balance sheets, you have rates at tremendous lows. There’s all these positive things that are happening that underlie the growth potential for the economy going forward.”

Rising earnings expectations are tempering worries over peaking economic growth and the spread of the delta coronavirus variant that roiled markets at the start of the week. About 86% of the S&P 500 firms reporting so far have beaten analysts predictions, according to data compiled by Bloomberg.

As earnings continue to roll in, American stocks are regaining a leadership position in world markets. The ratio between the S&P 500 and an S&P Global gauge of shares listed outside the U.S. shows as much. After falling as much as 10.4% between September and February, the ratio rallied to a record on July 9 and again on Tuesday.

Elsewhere, the European Central Bank revised its guidance on when interest rates might rise to convince investors it won’t withdraw support too hastily and derail the economic recovery. The euro rose. 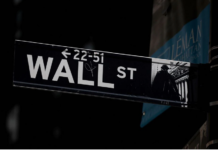 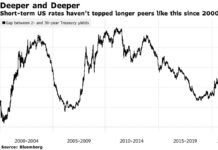 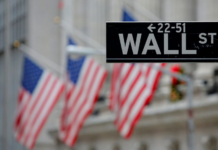