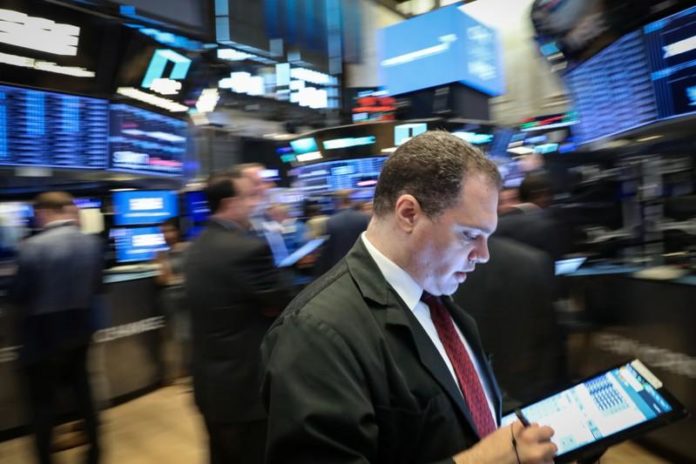 U.S. stocks slid on Monday as the White House’s restrictions on Chinese telecom equipment company Huawei Technologies Co Ltd weighed on the technology sector and raised concerns that the move would further inflame trade tensions between the United States and China.

Since the White House added Huawei to a trade blacklist last week, several companies have moved to suspend business with the world’s largest telecom equipment maker. Alphabet Inc’s Google has moved to stop providing Huawei with access to its proprietary apps and services, Reuters reported on Sunday. Mobile phone parts producer Lumentum Holdings Inc also announced that it has discontinued shipments to Huawei.

Other chipmakers, including Intel Corp, Qualcomm, Xilinx Inc and Broadcom will not supply the Chinese company until further notice, according to a Bloomberg report.

Shares of Apple Inc slumped 3.8% to weigh most heavily on Wall Street’s major indexes. The iPhone maker’s shares were also pressured by a warning from HSBC that higher prices for the company’s products following the latest increases in tariffs could have “dire consequences” on demand.

After touching record highs at the beginning of May, Wall Street’s main indexes have succumbed to selling pressure on mounting concerns about a prolonged U.S.-China trade war. The S&P 500 is on track to post its worst monthly decline since the December sell-off, trading nearly 4% off its all-time high.

Among gainers, shares of Sprint Corp and T-Mobile US Inc rose after Federal Communication Commission Chairman Ajit Pai came out in favor of the merger of the two telecom companies. Sprint and T-Mobile shares pared gains, however, after Bloomberg reported that the U.S. Department of Justice was leaning against approving the deal.

Dish Network Corp shares declined 6.0% after the company said it would buy broadcast satellite service assets from EchoStar Corp in an $800 million deal, though the shares pared losses in afternoon trading.

Declining issues outnumbered advancing ones on the NYSE by a 2.21-to-1 ratio; on Nasdaq, a 2.00-to-1 ratio favored decliners. 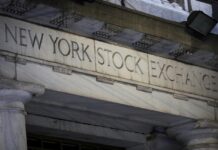 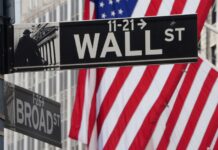 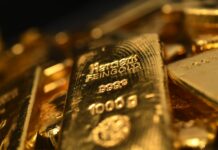