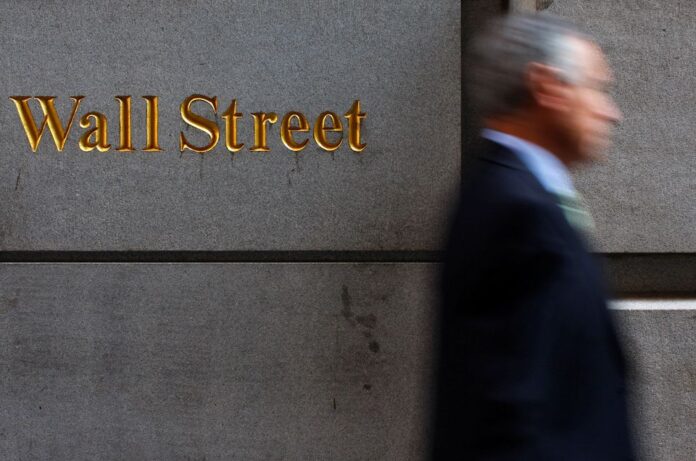 The Labor Department data showed consumer prices leapt 7.5% in January on a year-over-year basis, topping economists’ estimates of 7.3%, leading to the biggest annual increase in inflation in 40 years.

Traders are now betting the Fed will begin raising rates at its March meeting, with money markets pointing to 50% odds of a half point increase next month, from 30% before the release of the data.

“CPI came in a bit on the high side, and it doesn’t suggest inflation is peaking anytime soon. It might mean the Fed could get more aggressive,” said Peter Cardillo, chief market economist at Spartan Capital Securities.

Megacap growth stocks such as Apple Inc (AAPL.O), Google-owner Alphabet Inc (GOOGL.O), Microsoft Corp (MSFT.O) and Amazon.com Inc , that tend to get hurt from higher rates, fell between 0.7% and 1.2%.

“Markets are going to continue to transition from growth to value and that rotation is going to be in play in earnest for a while,” said Jamie Cox, managing partner at Harris Financial Group in Richmond, Virginia.

All three indexes, however, cut some of the sharp opening losses as the session got underway.

U.S. stocks rallied in the past two sessions as rate-sensitive growth stocks rebounded after a rough start to the year, helping the Nasdaq recoup some of this year’s losses.

Of the 316 S&P 500 companies that have reported results this earnings season, 77.8% of them have beaten analysts’ profit estimates, according to Refinitiv data.

The S&P index recorded 17 new 52-week highs and one new low, while the Nasdaq recorded 30 new highs and 38 new lows.