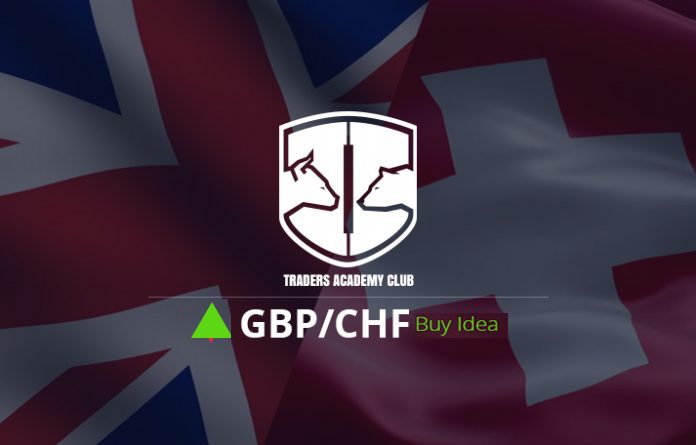 Hi Traders! GBPCHF forecast follow up and update is here. On February 9th I shared this “GBPCHF Technical Analysis And Forecast” post in my blog. In this post, let’s do a recap of this setup and see how it has developed now. If you would like to learn more about the way we trade and the technical analysis we use then check out the Traders Academy Club. Spoiler alert – free memberships are available!

On the H4 chart, the price which is moving higher has created a series of higher highs, higher lows which basically reflects a bullish trend. Also in addition to this, we have a potential bullish hidden divergence that is forming between the first low that has formed on 28th January 2021 and the second current low that has formed on 9th February 2020 based on the MACD indicator. We also had a strong resistance zone that had formed which the price has broken above and currently, this strong resistance zone is acting as a strong support zone for us. So until this strong support zone holds my view remains bullish here and I expect the price to continue higher further. 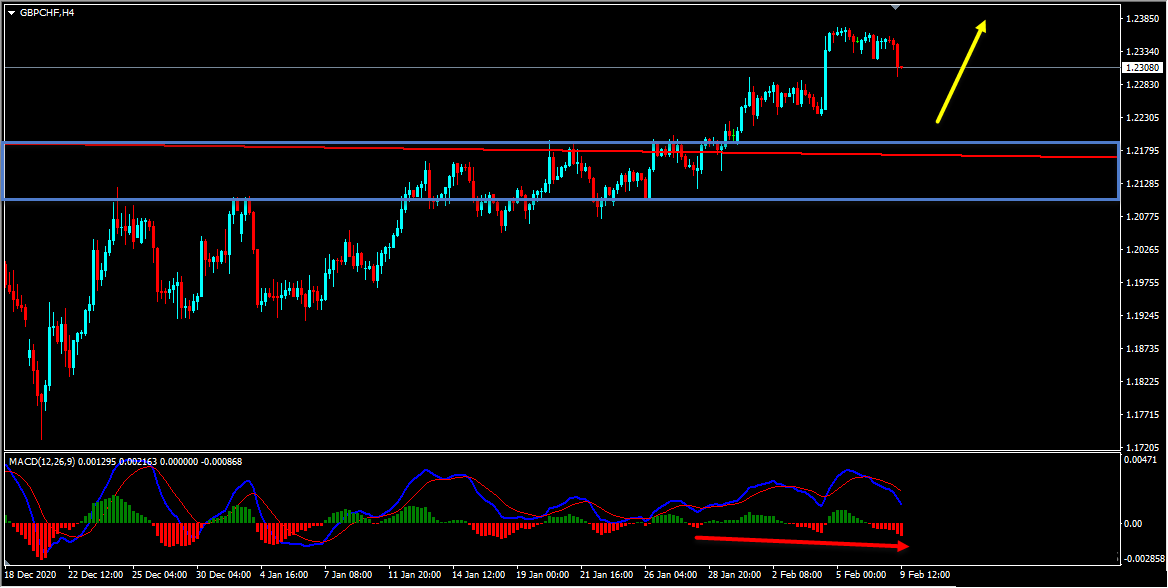 Based on the above-mentioned analysis my view was bullish here and I was expecting the price to continue higher further until the strong support zone holds. On the H4 chart, the price action followed my analysis exactly as I expected it to. The price which was moving lower created a continuing bullish divergence between the first low that has formed at 1.22941 and the second low that has formed at 1.22785 based on the MACD indicator which we may consider as a fact provided by the market supporting the bullish view. The price then moved higher further and delivered 160+ pips move so far. 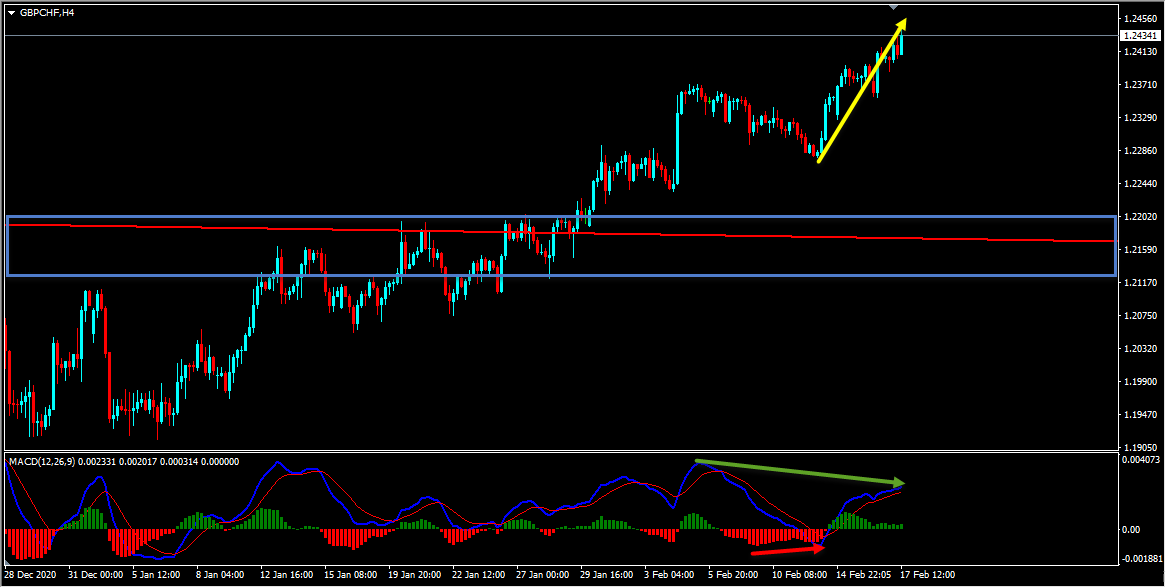 On the H1 chart, the market provided us with various facts supporting the bullish view. The price which was moving lower created a regular bullish divergence that had formed between the first low that has formed at 1.22941 and the second low that has formed at 1.22791 based on the MACD indicator. Then the price moved higher and broke above the most recent downtrend line, we may consider these as facts provided by the market supporting the bullish view. The price then moved higher further, providing a fantastic move to the upside. 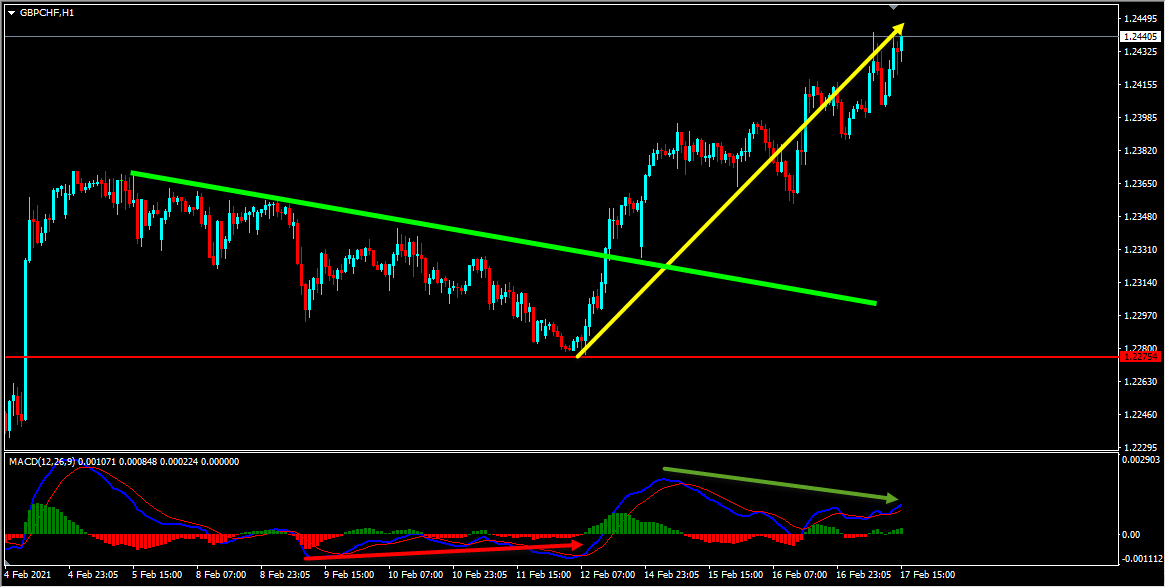 Currently, on the H4 and H1 chart, we have a potential bearish divergence in play based on the MACD indicator. This is something that we need to pay attention to. So if you are still involved in the buys then this is a good place to consider managing your trade and secure your profits (cash out or partial cash out or trailing protections or partial hedge, etc.. depending on the strategy that you work with). 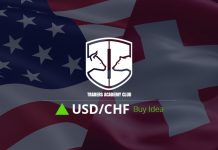 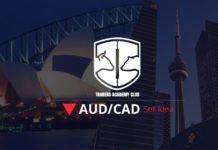 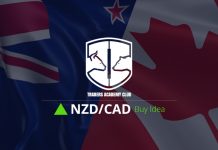