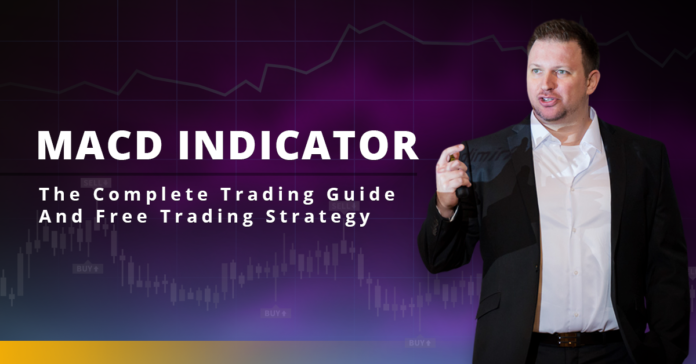 MACD, short for Moving Average Convergence/Divergence, is a trading indicator used in technical analysis, created by Gerald Appel in the late 1970s.

Its function is to reveal changes in the strength, direction, momentum and duration of a trend in a stock’s price.

Almost no other indicator will give you so much information in one place.

This is one of the reasons why MACD is one of my favorite indicators. The MACD is calculated by subtracting the 26-period Exponential Moving Average (EMA) from the 12 period EMA. The result of that calculation is the MACD line. A nine-day EMA of the MACD, called the “signal line” is then plotted on top of the MACD line, which can function as a trigger for buy and sell signals.

The Formula for MACD is:

MACD is often displayed with the histogram (which graphs the distance between the MACD and its signal line).

If the MACD is above the signal line, the histogram will be above the MACD’s baseline.

If the MACD is below its signal line, the histogram will be below the MACD’s baseline. Traders use the MACD’s histogram to identify when bullish or bearish momentum is high.

Please note that on the default MACD indicator available in the mt4 you will see only one moving average, whereas with the MACD indicator that I use there will be two lines its just a different representation (You can download this indicator from description of my MACD indicator Youtube video here).

One of the things that I don’t like which traders do is that they try to change the numbers of the MACD indicator, my problem with that is I believe it was good for the creator and it is definitely good for me as a user, before you jump to numbers trying to figure out on what times it will actually work, let me tell you the secrets here.

The representation of it is amazing, why would we try to change the numbers than understanding the logic of how it works, this is the mistake that some traders do (this is of course my personal view). 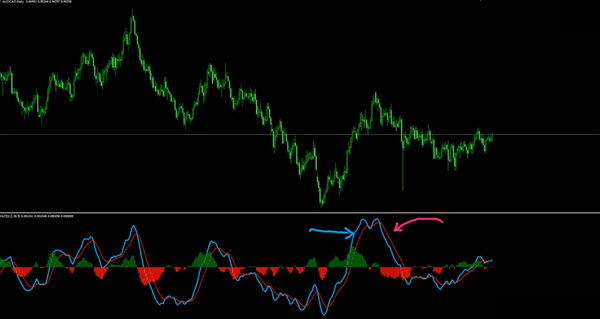 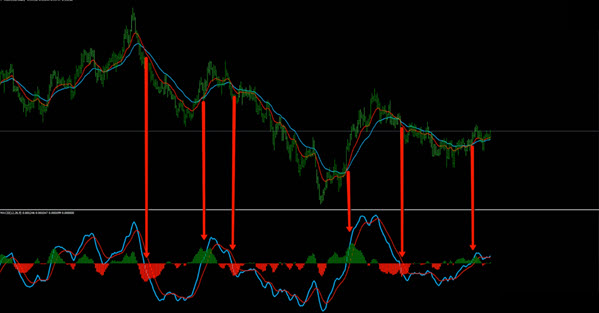 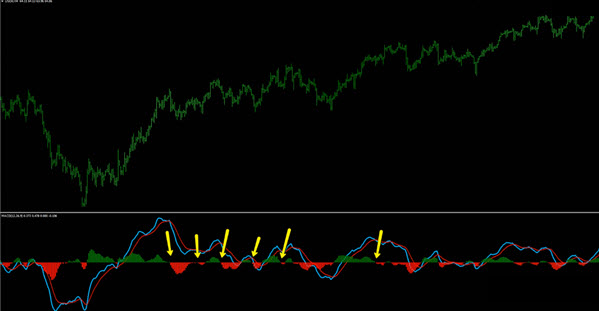 Sometimes this might work and at other times it might fail, the reason for that is MACD is not like RSI and Stochastic which performs best on its extreme and turn around on ranging conditions, the MACD is best for trending conditions and for reliable end trading conditions which is called as divergence (if you want to learn about divergence, you can join my Divergence University course here).

So trying to buy every single cross would lead you to make losses because majority of the time the market does not have obvious trends. So don’t do that, it might work at some time but its not a strategy to rely on for future.

MACD – What To Do

If you do want to trend trade the MACD you need to use three timeframe combination, start with any timeframe that you want to call it as higher timeframe (I personally love weekly but you can use any timeframe) then follow the next timeframes. For example if the MACD line crosses down the signal line in a bearish trend on the weekly chart, at that very moment I want to make sure that the daily is lined up and suggest this cross down. As long as they both are bearish I would want to go to the lower timeframes in this case the H4 chart and try to look for corrections and crosses down.

In the above picture you can see the crosses and basically we got the beautiful trend continuation.

It failed in the area shown in the screenshot above and after this movement the MACD on the daily crosses up again so game over and we stop looking for the sells because the daily and the weekly do not represent the sells anymore.

So when you follow the trend, this is what you want to go and rely on. Here you should apply all the rest of your technical analysis knowledge, when you have these combinations together and they lead you to the same conclusion that’s where your bigger chances to be right rely on and you can enjoy your real trend trading.

How To Find Divergence

My personal favorite strategy is to use MACD Divergence.

The idea of the divergence is to spot the situation when the demand and supplies are dropping.

When the demand is very high, price is going up and when the demand becomes low and the supply becomes high the price drops lower. 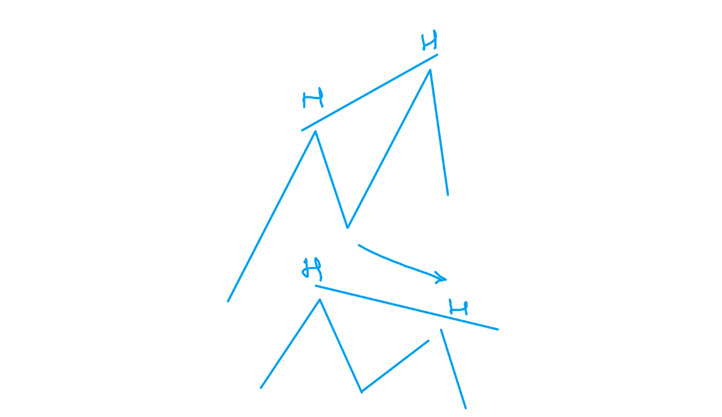 It’s a vice versa for the bullish divergence, that is in a downtrend you will have lower lows on the charts and higher lows on the indicator. 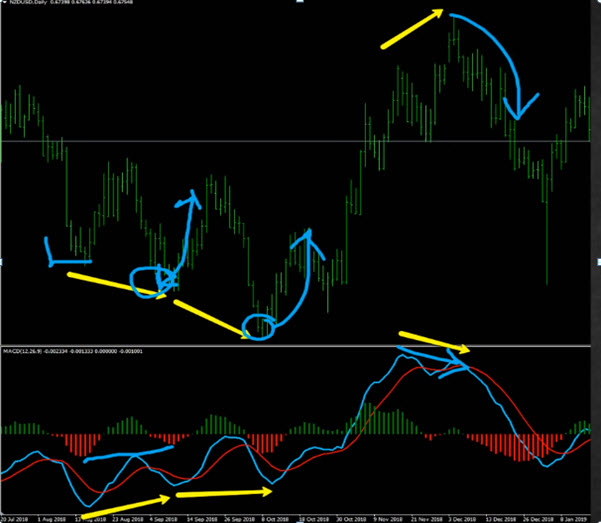 The MACD indicator helps you to visualize better and is much easier at reading the charts but should not be solely dependent on. Traders use divergence to assess the underlying momentum in the price of an asset, and for assessing the likelihood of a price reversal. To learn how to apply this killer recipe to your charts, sign up below to become a member of the Divergence University here.

Now we are going to look at the multiple timeframes strategy usage, as you might know we call that the principle of Matryoshka (you can watch the Powerful Matryoshka Trading Principle webinar here).

Here you should see if the risk reward ratio between your entry and the target you want to set (like the most recent swing point or the most recent resistance or trend line or Fibonacci line or based on any strategies that you use, I personally love to use Fibonacci expansions and Fibonacci retracements from the bigger view).

For example if you have a good risk reward between your entry, you would like to protect below the most recent low available and your target would derive from what you set your target with, it could be the most swing point or fibo, etc…

This is the reversal where we start to get higher highs on the chart and this is the place where you assume that we are for a new trend to develop (some traders call it a reversal but I call it as a beginning of a new trend). It doesn’t matter how you name it, what does matter is the logic that stands behind it and what can you gain from using it).

Thank you for your time reading this article.

Thanks for your feedback all!

Thank you for sharing this guide to us

This guide is so informative