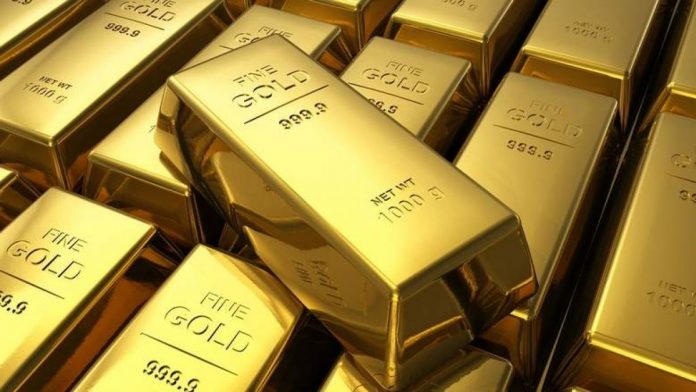 The short-term price action of gold suggests there is more score for gains. However, once we compare the short to medium-term outlook, Elliott waves indicate that bulls are expected to retest one of the Fibonacci retracement levels of wave ⓐ of Z of (4) between $1880 and $1960.

Looking above at the 12H Elliott Wave chart on XAUUSD, a tepid bounce at $1763 on Nov 30 was thought to complete the complex correction in wave (4). A big number of longs influenced retail traders, especially after a successful short-term break of the $1900 handle. However, this view was quickly discounted, and rightly so.

Why Another Leg Down and Not a Bullish Impulse?

First, the bullish rally shows no signs of an impulse. This suggests that structurally we remain in a corrective rather than an impulsive mode. This is evident in wave X (the second wave X) as we cannot have a leading diagonal as part of a larger-degree wave one because wave three would appear to be the shortest of the waves; a leading diagonal requires wave three to be the largest or the second-largest wave in the motive sequence, but never the shortest.

Second, the bearish move from $1960 down to $1801 is impulsive, suggesting yet another bearish leg lower, extending beyond $1801, once wave ⓑ sees a completion.

And third, we have not cleared the local low of $1763. We require a fresh low (or at least a double bottom) as the corrective upside seen in wave X is no impulse, and breaking to new highs would only be possible in an ending diagonalpattern (seealternative count below).

Despite all signs point at a triple zigzag in wave (4), which means we could see another attempt at $1763, note that a break of the said support would invalidate the upside. This is because wave four cannot enter the territory of wave one in an impulsive sequence. This could derail gold to fresh multi-month lows.

Were Does The Correction End and Why?

In case prices correct at $1763 and the level holds firm, we could expect a final 5-wave impulse to take gold prices to fresh all-time highs. However, should prices fail to correct to a double bottom, we can expect an ending diagonal in wave (5). 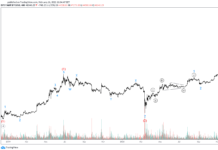 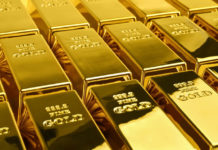 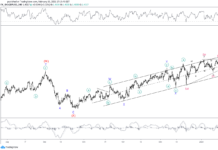