How will the latest Brexit developments influence the pound?

Uncertainty surrounding Brexit has persisted ever since the referendum vote fell to the Leave camp back in 2016. Even with ongoing negotiations over trade, endless press coverage and impending deadlines, predicting how events will play out after the 29th of March 2019 is still incredibly tricky.

The volatility of the pound’s value is perhaps the only thing that has remained constant over the past two years. But with talks ongoing, what factors do we see at MarketsNow impacting exchange rates today?

Theresa May has the unenviable task of stewarding the UK through the Brexit negotiations. At various points she has attempted to throw her weight around by threatening to walk away with no deal whatsoever if the terms offered are not satisfactory. This would leave the UK with only the WTO’s rules to govern its cross-border trade.

To say that the prime minister is facing an uphill struggle is an understatement. There are several weak links in the chain binding her negotiation strategy together.

Firstly, the last general election left her party with a wafer-thin majority, only achieved after the Democratic Unionist Party agreed to support the Conservatives. And because MPs will ultimately have to decide whether or not the Brexit deal is accepted, this lack of support in the House of Commons makes it more likely that her plans will be scuppered from within, not by European bureaucrats.

The DUP’s involvement is doubly troubling, because its backing of the Tories is contingent on the Brexit deal not creating a separate regulatory environment in Northern Ireland. Its land border with Ireland, a distinct EU member state, makes this a sticking point.

In short, May and her allies have very few cards they can play which will sway the negotiations in their favour. And any threats made about a no-deal walkout seem entirely idle, given the dire circumstances that this would create for the UK.

One of the core tenets of the EU is freedom of movement, allowing citizens of member states to live and work in other countries without many restrictions. But immigration was the main factor which contributed to the momentum gained by the Vote Leave campaign ahead of the Brexit referendum.

The ‘red lines’ which May’s government wants to draw up between Britain and continental Europe will put an end to this practice. It will also place the UK outside of the reach of the European Court of Justice, while signalling its uncoupling from the customs union that has led to so much economic prosperity over the past half-century.

Observers agree that concessions on immigration, freedom of movement and jurisdiction will need to be made if Brexit is to be a success rather than a messy shambles.

In terms of trade, it is anticipated that the UK’s relationship with the rest of Europe will mirror that of Canada. This means the importing and exporting of goods will be regulated immediately, while services will not be covered by the agreement, at least in the short term.

This poses a problem for the finance sector, which is so important to Britain’s economy. If the nation no longer has access to the single market, nor a suitable deal covering the export of financial services, it will struggle to maintain its current standing. A similar situation, albeit on a smaller scale, faces Gibraltar post-Brexit.

In such a scenario, the pound’s performance will invariably falter. Several finance firms have already initiated plans to relocate to other parts of the continent to avoid the fallout, although many workers remain reluctant to leave.

From a variety of perspectives, the UK’s staunch position on certain Brexit-related issues, including immigration and trade, is untenable. And May’s lack of support in her own parliament will mean that concessions are almost certainly going to be made to drive home a deal.

Once an agreement is reached, the value of the pound will spike significantly, creating an opportunity for short term gains.

In the long term, it is tough to forecast how EUR/GBP trading will fare. If the UK’s economy stabilises and questions over trade regulations are answered, improvements are not out of the question. This optimistic outlook supposes that Brexit occurs as smoothly and seamlessly as many millions of people would hope.

The alternative to a satisfactory agreement being reached would be disastrous, even if it looks relatively unlikely at the moment. Without a deal being finalised by the deadline, the UK would sever itself from Europe with no lifeline, leaving the pound to plummet in value.

With under a year to go until Brexit begins, the pound will continue to waver according to each new development that comes out of the negotiation process. 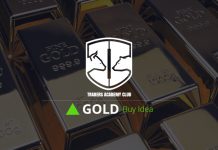 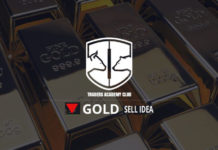 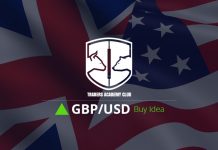 Thanks for the article

thanks for sharing, good info

How To Trade With Price Action Only (No Indicators!)