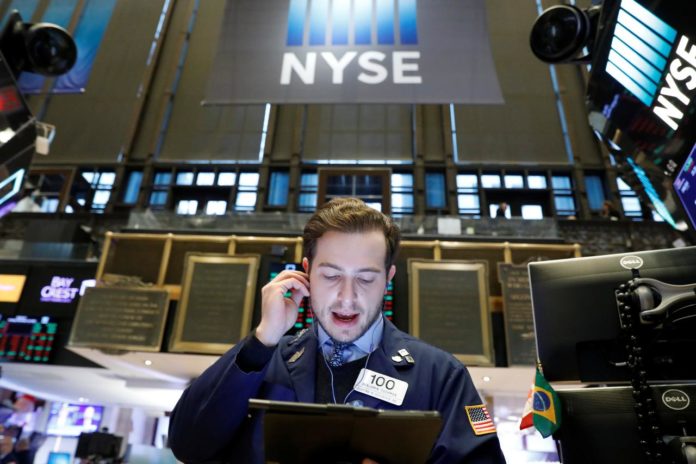 Wall Street slips as trade deal doubts return. Wall Street’s main indexes eased from record levels on Monday after a report stoked fresh fears about a resolution to the U.S.-China trade dispute that has hit global growth and roiled financial markets over the past 16 months.

The mood in Beijing about a deal was pessimistic due to President Donald Trump’s reluctance to roll back tariffs, CNBC reported, citing a government source.

Investors had turned optimistic over the weekend after Chinese state media said the two sides had held “constructive” trade talks, days after White House economic adviser Larry Kudlow said they were getting close to a trade deal.

“This is a market that’s going to live or die by the tone around trade,” said Art Hogan, chief market strategist at National Securities in New York.

“There is some good news that’s baked into this market, so when we get bad news (it’s) going to roll over.”

Seven of the 11 major S&P 500 sectors were lower, with the energy sector leading declines after a fall in oil prices.

Technology shares .SPLRCT dropped 0.36%, while the trade-sensitive Philadelphia Semiconductor index .SOX was down 0.42%.

Global stocks were lifted earlier by a surprise cut in a key interest rate by China for the first time in more than four years.

Attention this week turns to minutes on Wednesday from the Federal Reserve’s latest policy meeting, where the central bank cut interest rates for the third time this year.

Shares of HP Inc (HPQ.N) dipped 0.94% after the company rebuffed a $33.5 billion offer from Xerox Holdings Corp (XRX.N) and said it was open to exploring a bid for the latter. Xerox dropped 0.87%.

Coty Inc (COTY.N) gained 1.9% after saying it would pay $600 million for a majority stake in Kylie Jenner’s make-up and skincare businesses, as it looks to tap into the reality TV star’s huge social media reach. 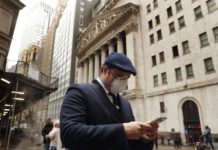 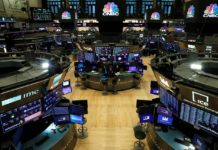